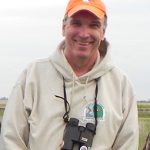 By Al Batt I spit sunflower seeds for distance. It was a contest. I did OK. I’d have done better, but it had been a dry year. I could have been in a pie-eating contest that day, but the two events had been scheduled for the same time. Pity. That was the year Emma Torvaldson hit a pie judge in the face with her signature lemon meringue pie after she’d finished in second place … END_OF_DOCUMENT_TOKEN_TO_BE_REPLACED 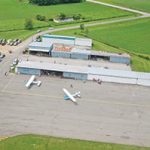 The first chartered flying club in Minnesota, the Royal Flyers, used a grass runway on a farm just outside of Spring Grove. Twenty-three years later, an airport was completed at Caledonia, the first and still only airport in Houston County. The Houston County Airport was approved in 1966 with construction in 1968 and dedication on September 21, 1969. The only other airports in … END_OF_DOCUMENT_TOKEN_TO_BE_REPLACED 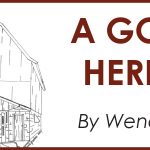 By Wenda Grabau Some losses in this world become another’s gain.  One such thing happened on the farm several years ago.  On a summer day a new cat showed up in our yard.   While not full grown, she was not just a kitten.  She had the gray tabby-look but with some alterations.   Her feet and legs were white.  In honor of the white leggings she displayed, we named her “Pippy” … END_OF_DOCUMENT_TOKEN_TO_BE_REPLACED 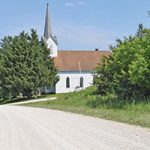 Following an Indian trail, fur trader Henry Mower Rice forded a creek while surveying what would become a settlement that (along with the creek) would be named for him – the town of Riceford, located in Spring Grove Township along Riceford Creek in southwest Houston County on the Fillmore County line. Rice, later one of Minnesota’s first two senators, would be one of only two … END_OF_DOCUMENT_TOKEN_TO_BE_REPLACED

By Al Batt “I want to sit up front with the adults!” I said that aloud while pushing a lawn mower this week. It didn’t matter. Nobody could hear what I said over the sound of the grass cutter or a mawn lower as Reverend Spooner, the unintentional creator of spoonerisms, might have called it. The importance of a well-manicured lawn is as small as the little end of nothing … END_OF_DOCUMENT_TOKEN_TO_BE_REPLACED

‘Tis the season for weddings, which means many couples are celebrating anniversaries this time of year. This year, my wife and I will be celebrating 20 years of marriage on July 8. That may seem like a long time, but we are just getting started by some measurable comparisons. A friend and neighbor, Eric Hammell, was recently passing by our house in Fountain.  He slowed … END_OF_DOCUMENT_TOKEN_TO_BE_REPLACED 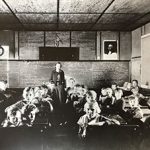 Early schools and churches often began meeting in the homes of pioneer settlers. Simple one-room schoolhouses would often host church worship services before formal church buildings were constructed. It was different for Daley School, east of Caledonia, where a church building became a schoolhouse. Education began in the home of Timothy Hackett in January of 1856 before a … END_OF_DOCUMENT_TOKEN_TO_BE_REPLACED

Remember when Remember when we carried on with our lives without a care in the world about catching a virus?  I remember being on a plane traveling for a work trip when a mother with three young children boarded and clogged the main aisle as she spent a good 10 minutes using Lysol wipes to clean the seats, arm rests, and flip down tables before she allowed her children to sit … END_OF_DOCUMENT_TOKEN_TO_BE_REPLACED

While I believe there are some positive initiatives that have been launched from platforms like Facebook, YouTube, Twitter, and the like, we cannot deny the negatives. A young man around 26 years old recently got into an argument with someone on Twitter.  The person on the other end responded by tracking this young man down and shooting him in front of his family.  The story … END_OF_DOCUMENT_TOKEN_TO_BE_REPLACED 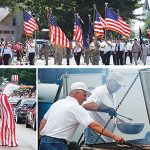 As in many communities all over the United States, in the bicentennial year of 1976, there was a Fourth of July celebration in Eitzen, Minn. Most likely unbeknown to those gathering along the state line that day, it was more than a century after the first Independence Day celebration in the Eitzen area, and the 1976 commemoration would soon inspire a popular, annual, bistate … END_OF_DOCUMENT_TOKEN_TO_BE_REPLACED