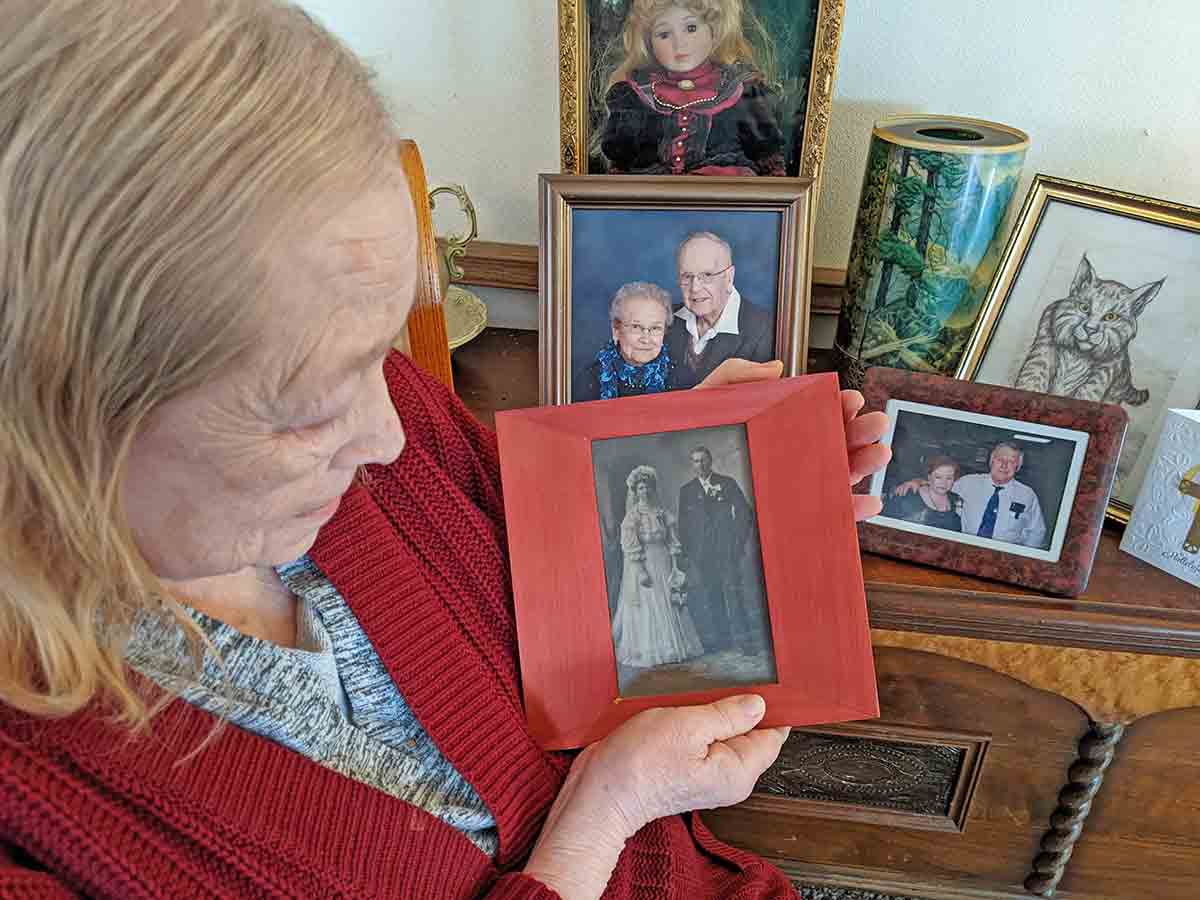 An official notice in March  2022 was delivered to Sherry Pfremmer of rural Spring Valley signed by Marie LeFebvre of Century Farms stating, “Let it be known that this farm, Schumacher Farm has been in continuous agricultural operation since nineteen hundred and twenty two, signifying more than 100 years of contributions to the community, state, nation and world.”  The process of gaining the status of Century Farm takes a commitment of stewardship of the land by generations of one family, plus family members willing to do the research and submit the paperwork in a timely manner.

Sherry states, “I came to our farm when I was three months old and I am proud to have lived most of my life (as my father did) on this farm.  It is important to realize that family farms are important to agriculture and there still are many family owned farms today.”

Sherry and her brothers Kirk Schumacher of Rochester and James Schumacher of Las Vegas, Nev., were raised on the family farm just south of Spring Valley.  Kirk stated, “I realized I could apply for century status when my sister and I were working on Dad’s estate and I came across the farm purchase documents dated 1922.”

The history of Century Farms must be documented and can be quite interesting. One fascinating fact Sherry shared is that the farm was originally the stage coach stop for Spring Valley and that original house is still standing.   Sherry comments, “My father kept every paper he got over his lifetime.  After he died, I cleaned out his office and found all the paperwork I needed to fill out the application.”  After all the documentation was verified, the Schumacher farm was given the award which is sponsored jointly by the Minnesota State Fair and the Minnesota Farm Bureau.

The honor of being named a Century Farm turns its focus on  the family farm history and there are stories worth telling. Kirk elaborates, “Fred Schumacher (my grandfather) bought the farm in 1922 when Maynard (Dad) was one year old. Dad lived on the farm until he went into the rest home at 94. Dad farmed with his father, until his father’s health was failing in the mid ‘50s. Dad bought the farm from his mother (Sarah), and continued farming. Dad had married his wife, Carol in 1946. They had three children, Sherry, James, and Kirk. In the mid ‘50s it was hard to make a living for his family by farming, so he got a job at IBM to supplement his income. He continued to farm, later with the help of his son-in-law Bob Pfremmer, until they both decided it was time to rent the farm out. The farm is now farmed by the Jahn family.”

Kirk farmed with his father until he was employed in Rochester after college, realizing although he liked farming, he could not afford to do it as a profession.  Yet, his love for his family’s farm is evident as he shares stories from the Schumacher family.  “My grandfather bought a used Ford Model T shortly after the Model A came out. He bought it as a farm utility vehicle. My dad started driving it at about eight years old. He would drive his much older sister to town, because she hadn’t yet learned to drive,”  remarks Kirk.  Vividly describing another family memory, he continues, “Dad had a horse team run away after he had hitched them to a cultipacker. They ran to the yard. They ran at the windmill. Each horse went around the windmill leg, but since they were harnessed to the cultipacker, it hit the windmill. That stopped the horses. The windmill leg had a bow in it after that abrupt stop.”

Sherry and Kirk both recall,  “For many years, grandfather and Father grew hybrid seed corn, and sold it. This involved growing two varieties side by side, and removing the tassels from one of them. The detasseled variety would produce the hybrid seed. That corn was picked on the ear, and dried on racks, before being shelled, and size graded. It was then bagged, and sold. It was a lot of hand work to make a more valuable product.”

Sherry recalls many good times raising 4-H animals and has a special place in her heart for her daughter’s horse, Firecracker Flash.  This daughter, Michelle Swenningson, eventually turned her love of animals into a profession as now she is a veterinarian in Eyota.

A farm is a good place to grow up, yet farming requires perseverance and dedication. The Schumacher family members are extremely grateful to have attention drawn to small family farms. Sherry concludes, “It’s really quite an accomplishment to have kept a farm in one family for 100 years, and we’re so pleased to be a Century Farm!”