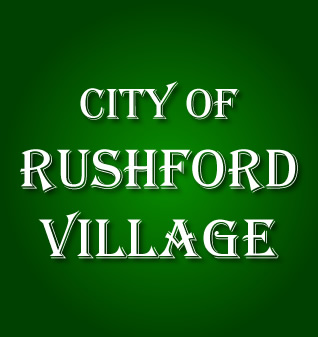 At the May 3 meeting, the Rushford Village Council revisited details from the April 19 closed meeting where the council had discussed labor negotiations following the submission of a letter of resignation from Public Works/Maintenance Supervisor Trenten Chiglo. According to the minutes, the council noted satisfaction with Chiglo’s work and emphasized the flexibility of the position.

The full-time position has changed hands three times since 2020, with Chiglo serving as the third supervisor since January 2021. Following negotiations, Chiglo accepted the city’s new offer to remain in the position. Several on the council offered their thanks to Chiglo for choosing to continue employment with the city. The new wage increase, from $19.17 to $29.32 per hour, was approved unanimously effective May 1.

Chiglo has earned his Water Class D Certification and commercial driver’s license and will complete his sewer certification this fall. The council revisited the earlier expectation of an increase in pay following completion. Given the recent pay grade increase accepted to retain his employment, the council will not consider a further pay increase until after Chiglo’s annual review in January.

The search for someone to fill the part-time maintenance position continues. Four applications were received and reviewed by Personnel Committee members Roger Knutson and Rick Ruberg. The committee will decide how many applicants to interview and when.

“We want to make sure we do it right,” stated Knutston. “We don’t have to interview those we don’t feel are qualified.”

The council recommended City Clerk Mary Miner be present at the interviews to discuss benefits and wages. Councilor Mike Ebner suggested it may be prudent for applicants to have a skills assessment given the types of equipment they will be operating.

Knutson added that Chiglo should conduct a safety overview and training for various equipment. Following Minnesota Occupational Health & Safety Administration AWAIR (A Workplace Accident Injury Reduction) Program guidelines and other safety protocols would elimate issues down the road. “If there’s an injury and you didn’t document it [training], it could be bad,” he noted.

The position is part-time, up to 25 hours per week. However, a significant project or storm damage could require additional hours from the employee. “You’ve gotta do what you’ve gotta do,” said Overland. Names of the applicants will be made public once they have been notified and interviewed.

Before the regular meeting, the council conducted its annual road tour. Areas of focus included the South Rushford Drainage Project and various subdivisions. A crack sealing project for 2022 is already underway. City Engineer Bolton & Menk will provide an estimate for chip sealing in 2023 for budgeting purposes.

Chiglo noted grading is going well in graveled areas that aren’t too wet to address. Further information on the condition of specific paved roads will be known when and if the council discusses any needed maintenance or improvements.

The new Public Works/Maintenance Freightliner truck is near completion. It is being sent to Syverson Truck Center in Rochester to finish a few adjustments. The company will deliver it in the coming week, review the maintenance schedule with staff, and pick up the current truck.

The council approved a $75,157 invoice from Universal Truck Equipment for the custom add-ons to the Freightliner. The city expects a separate invoice from Syverson Truck for the truck fabrication.

Looking over the rates and currently available funds, City Treasurer Judy Graham recommended the city use cash in funds to cover the cost of the completed truck. “We don’t need to do five to 10 years when we have the funds in the bank,” noted Graham.

The next regularly scheduled meeting is Tuesday, May 17, at 7 p.m., at the Village Hall. The public is encouraged to attend.