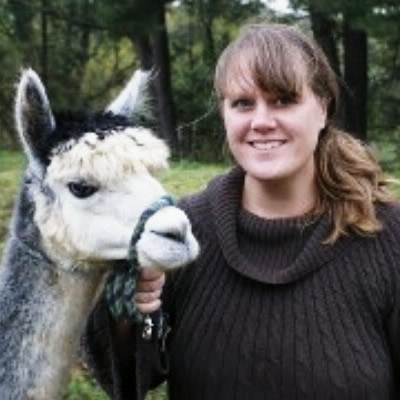 Kirsten has been a reporter for Fillmore County Journal since 2008. No awards to date, but her mother finds her articles riveting. She enjoys shining a light on the great people and events in the county and has aspirations to someday write a novel about them. A native of Rushford, she is a member of Root River Community Church, co-founder of Odyssey Homeschool Association, and was the founder for the Rushford-Peterson Valley Farmers' Market.

When not writing, Kirsten happily spends her time raising a family alongside Joel, her husband of 18 years. She homeschools their six children (Evin, Lauren, Logan, Ada, Kathleen, and Emelia) and does her best to ensure domestic bliss. Kirsten is an advocate for conservation and homesteading and operates Liten Dal Farm, where the family raises dairy goats, pastured poultry and hogs, alpacas, a few steers, and horses. Hobbies other than juggling include the outdoors, reading, vegetable gardening, cheesemaking, fermenting various things in Ball jars, and making everything from scratch despite the fact that it probably costs more.

Kirsten and her family proudly reside in rural Fountain on her great-great-grandfather's farm.

You can follow more about Kirsten on the family's Facebook page, Liten Dal Farm, or their blog: ourprairienest.wordpress.com. 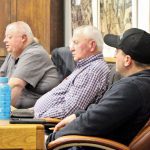 On January 17, the Rushford Village council held its annual meeting to review appointments, designations, contracts, and fees. Much of these remain the same as in 2022. Councilor Mike Ebner will continue to serve as acting mayor during any absence of Mayor Dennis Overland. Committee appointments include new Councilor Travis Link serving on the Equipment Committee and as Weed … END_OF_DOCUMENT_TOKEN_TO_BE_REPLACED 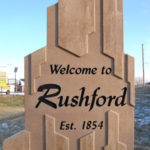 The first meeting of the year for the Rushford Council was largely dedicated to the annual organizational duties. This includes setting meeting times and dates, special appointments, and all other designations. City council meetings will continue on the second and fourth Monday of each month, excepting those that fall on federal holidays. Those will be moved to the Tuesday … END_OF_DOCUMENT_TOKEN_TO_BE_REPLACED 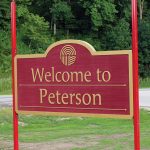 The January 11 Peterson meeting highlighted a welcome to the new council, including Councilor Kristina Grindland and Mayor Chris Stenzel, who served as a councilor since 2020. They join Councilors Gail Boyum and Tracy Seelbinder. With Stenzel’s recent election as mayor, his former council seat was declared vacant. The council will appoint a resident to fill that seat at the … END_OF_DOCUMENT_TOKEN_TO_BE_REPLACED 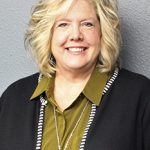 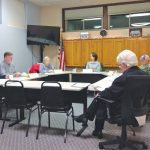 At the last meeting for 2022, held on December 27, the Rushford Council unanimously approved a draft plan from the Economic Development Authority (EDA). The methods for economic development strategies include a fresh take on ways to drum up opportunities, particularly in the downtown area. In a different format from previous years, the plan does repeat some successful past … END_OF_DOCUMENT_TOKEN_TO_BE_REPLACED 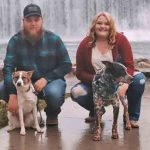 It’s been a month since an early morning fire at a two-story apartment complex at 815 Grand Street in Chatfield. Breaking out just after midnight on November 27, the fire displaced eight families and left the building in ruin. While the initial aftermath left the residents scrambling, they say the overwhelming support from the community of Chatfield was unforgettable. Fifteen … END_OF_DOCUMENT_TOKEN_TO_BE_REPLACED 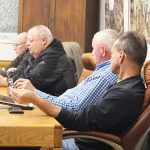 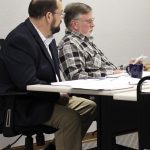 The City of Rushford has always had a dedicated volunteer ambulance crew. The numbers of willing persons is dwindling across the country, but the demand for their work is increasing. At the December 12 meeting, the council moved forward the first review for an assistant director/emergency medical service training coordinator for the department. By creating the new position, the … END_OF_DOCUMENT_TOKEN_TO_BE_REPLACED 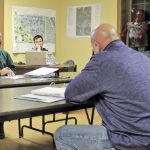 The last Peterson Council meeting of the year, held on December 14, addressed several annual items and two agenda items added by outgoing Mayor Dave Colbenson. It included employee review for new Public Works Director Tim Hallum and discussion on the council itself. Public comment is taken at the beginning of the meeting, limited to three minutes per person. However, … END_OF_DOCUMENT_TOKEN_TO_BE_REPLACED 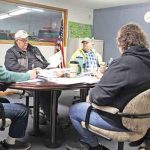 At the December 7 meeting, the Fountain Council welcomed several in attendance, including incoming council members Cory Spratte, Jordan Kerns, and mayor-elect Tami Danielson. Also in attendance were Rick Whitney and Michael Morris, MMS Environmental, who joined via phone. Whitney and Morris provided plant management contract proposals to the city. Before discussing the … END_OF_DOCUMENT_TOKEN_TO_BE_REPLACED