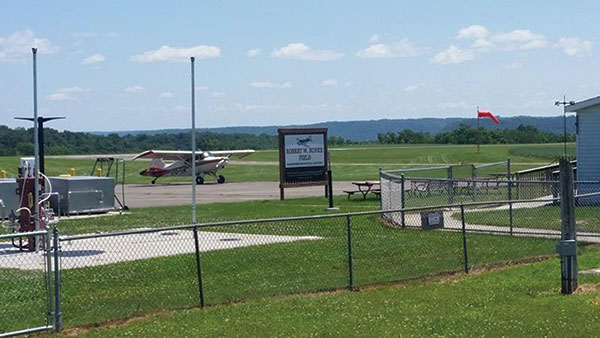 The brief Rushford Council meeting June 13 yielded some decisions that brought positive news to the city.

“If not used, the funds are lost,” explained City Clerk Kathy Zacher. “Rushford is not losing nor gaining. We are just shuffling money around so it is being used on a project. It’s a way to keep money circulating in Minnesota airports.”

The council also approved the purchase of a new Leader Custom Ambulance to be built for the city service. According to specs, the rig will be built on a 2023 Ford F550 4×4 chassis with a custom body. The needed equipment and installation, including a Stryker power cot and loader, and retrofitting the existing powercot and loader to the 420B rig.

“I can’t believe how expensive they are,” noted Mayor Terri Benson.

The cost of the new rig is $323,482. The last rig was purchased in 2014 and was half the cost, however, it was noted the cost of the powercot and loader alone is $50,000. According to the letter from the Rushford Ambulance Vehicle Committee, there is no down payment required. However, if the city does make a down payment, interest of 3% will be paid from the date of the check until the ambulance is delivered. The rig will take approximately 12-15 months to construct and fit.

“This is a good amount of earned interest which helps pay for some of the equipment and tools,” continued the letter. A $200,000 down payment will earn $6,000 in a year.”

“The interest on it goes a long way towards the cost,” added Zacher.

“It’s all part of the planning we’ve gone over on a yearly basis,” noted Councilor Sally Ryman.

“We try to change out the rig every five years, but there were a lot of specifics and the lead time. It’s a little longer than normal,” said Zacher. “They went through every compartment and every step.” The council unanimously approved the purchase and making a $200,000 down payment on it. There are sufficient funds in the Ambulance Fund.

In other news, the council approved ending the probationary period and awarding a wage increase to Tiffany Jacobson who was hired in February. “She’s doing good work and wants to learn new things. She’s willing to take on boring stuff as well as exciting stuff, so there’s that, too,” noted Zacher.

During reports and updates, the council heard about the Economic Development Authority meeting and particularly comments from Samantha Colbenson, of Good Shepherd Lutheran Home.

“She presented really good information,” noted Ryman. She further noted that the home has had staffing issues including non-local workers leaving, wanting to be in a bigger city. “We helped her position the benefits of coming to Rushford,” continued Ryman. “The last few were looking for this type of community and wanted to bring their kids here. The school was one of the reasons, Hopefully, this will be their home and they’ll stay here.”

It was also noted that much of Colbenson’s time had been eaten up with COVID protocols and employment issues. Following some changes to the initial program, people are being very responsive. “It’s a good investment on the part of the city.

“People moving here with kids… that in itself is worth it,” added City Administrator Tony Chladek.

The pool is back in full swing and the first lessons started last week, unfortunately with a thunderstorm. Manager Lauren Lawsten is heading up the staff, which is about the same as last year, although the city would like to hire additional trained lifeguards. Only two teens were interested in the lifeguard training typically put on by the Aquatic Center, so there wasn’t enough to hold the class.

“It’s all over the news. There’s shortages in the twin cities and other cities,” stated Ryman. “It’s a big shortage of lifeguards for pools and beaches.”

“The baby boomers are retiring by 2030, so employment is supposed to come back,” added Councilor Leigh Volkman on a positive note.

The next regularly scheduled council meeting is Monday, June 27, at 6:30 p.m., at city hall. The meeting is open to the public.