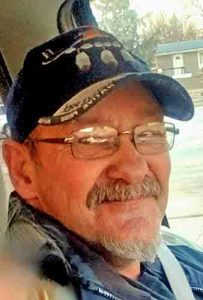 Robert (Bob) H. Rippentrop, 60, died on Wednesday, May 11, 2022, at Mayo Clinic’s Methodist Campus Hospice Unit, with his daughter by his side. He passed from a long, courageous, and complicated battle with JAK2-Myelofibrosis, a rare form of chronic leukemia.

Bob was born on December 5, 1961, to Raymond Cort and Jean Marie (Howard) Rippentrop in Spring Valley, Minn. He attended school through the 8th grade. Bob joined the United States Army. He was honorably discharged during 1982. He was united in marriage during 1984 to Tammra Lentz; they had two children, and then later divorced in 1990. In 1996, he remarried to Jan Grobe and they later divorced in 2000.

Bob was a free-spirited and loving father, grandpa, brother, uncle, son, and a friend to many. He enjoyed fishing, puzzles, word searches, tinkering with electronics and small equipment, cooking shows, redneck type reality TV shows, spoiling and spending time with his grandchildren, along with collecting a variety of statues and garden figures throughout his yard and home.

Bob was taken from us much too soon, but his friendliness, generosity, strength, stubborn will, and toughness are something that all those around him will never forget.