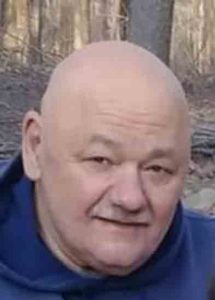 Robert Allen Culbertson was born in 1950 to Albert and Millie Culbertson. He was the seventh child of eight children, and grew up in Lanesboro, Minn. He was active in sports, especially baseball and football. In high school, he lettered in basketball, track, football, and baseball for all four years. He attended Rochester Community College for two years on a football scholarship.

He was also an accomplished boxer with the Golden Gloves organization, eventually becoming the upper midwest heavyweight champion. He went to the Olympic tryouts for boxing in Arlington, Tex., in 1972. In that same year, he married his first wife, Nancy, and had two sons, Adam and Jared.

Robert went on to work for the MN Department of Corrections at Oak Park Heights, and later at the Red Wing facility. He met Kathy in 1995 and they were married in 1996 at their farm in Star Prairie, Wis. In 1997, they moved to Lanesboro after purchasing a historic home, which eventually became the Thompson House Bed & Breakfast. They ran a successful business there for 18 years. They also owned the Hawaiian Shaved Ice stand, which was probably his favorite job. Rewards for games well played, end of school year celebrations, trivia quizzes for the kids and Halloween treats were all part of it.

After retiring from these businesses, they moved to their house in Whalan and focused on their grandchildren and relaxing.

In 2018, they moved to Columbus, Minn., to be closer to the youngest grandkids and help with their care. This brought Robert great joy.

He passed peacefully at his home, on November 16, 2022, with his wife Kathy by his side.

Also survived by his his sisters and their families, and many special friends from Lanesboro, the Harmony-Canton Amish community and the Twin Cities area.

He was predeceased by his parents, two brothers, two sisters, a nephew and his son Sean.