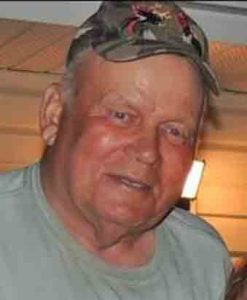 Memorial service for Richard Bessingpas will be held 11 a.m. Monday, June 13, 2022, at Cherry Grove United Methodist Church in Cherry Grove, with Pastor Deanna Woodward officiating. Burial will be in the Cherry Grove Cemetery.

Richard D. Bessingpas, of Harmony, Minn., passed away June 8, 2022, at the age of 84, due to heart failure. He was born on the family farm in York Township on April 23, 1938, to Ronald and Myrtle Bessingpas. He attended Red Country School for the first eight years. He then attended Wykoff High School, graduating in 1956. He enjoyed playing football in high school, and played adult softball for many years. He served two years as an MP in the United States Army. After serving in the military he returned to the family farm and farmed until early 1990s. He continued working in the ag industry until he retired. Richard was on the Lime Springs Co-op board, a member of the American Legion, served on the Wykoff School Board and served several positions in Cherry Grove United Methodist Church. He and his wife were foster parents to many children over the years. He and Joan enjoyed the last 18 years wintering in McAllen, Tex., and the last nine years camping during summer months at Harvest Farms. He was very dedicated to his wife, children and grandchildren.

He was preceded in death by his parents, two brothers, Kenneth and Craig; his sister-in-law Judi Bessingpas, and daughter Debra St. Mane.