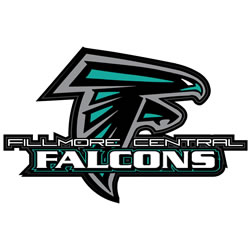 At the November 22 meeting, the Fillmore Central School Board heard from Jason Boyton, audit principal for Smith Schafer. There were no compliance issues noted. The firm conducted a single audit due to federal funding over the $7,000 threshold.

District revenue summary shows state aid continues to be the highest source of funding. Federal Aid was the second highest for the year, with property taxes and other sources following behind. “The state aid leveled off,” noted Boyton. “There was an increase in formula, offset by the student decrease. The big change is federal funding. There’s been a lot since COVID.” Sources of other revenue were notably similar to comparable districts.

The property tax levy of $1.7 million, up from the previous year, is broken into various funds including the General Fund (operations, wages, etc.), Community Service, Debt Service, and OPEB (Other Post Employment Benefits).

The bulk of expenditures for the district is costs related to regular instruction at roughly $3.8 million for the year. “There’s a lot of federal dollars flowing through there,” stated Boynton. Special education sits at just over $1 million, as does pupil support. Site, buildings, and equipment was just under $1.5 million. According to Boynoton, the district paid $718,000 in debt service.

Regular instruction cost per ADM, which includes classroom instruction, Title I, paraprofessionals, district secretaries, and extracurricular activities, sits at $6,613. This is higher than other districts with a student population ranging from 500-999 students and the state average. “There was an increase over last year and a larger increase last year,” said Boynton. The general fund cost per ADM is also higher at $14,343, up from $12,700 in the previous year. Without federal funding, this is $13,100 which is just under the state average.

“We’re right in the ballpark where we have been,” concluded Boynton. The board approved the audit unanimously.

Winter activities are now underway. “It’s all rolling. It’s an exciting time there, too,” he added.

The next regularly scheduled board meeting is Tuesday, December 20, at the elementary school in Preston. The time has been bumped up to 6:01 p.m. in order to order hold the Truth in Taxation meeting.