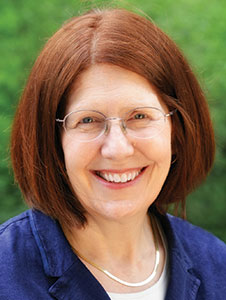 That’s equivalent to $1,350.88 for each man, woman, and child in Minnesota, based on the U.S. Census Bureau’s estimated population of a little over 5.7 million.

The money in Minnesota’s state government accounts gives the State Legislature plenty of dough to spread around in the 2022 session.

We asked some local political leaders where they stood on this issue, and here’s what they had to say.

Why do we have a record-setting surplus of $7.7 billion?

According to State Representative (District 26A, Democrat) Tina Liebling shared, “The projected surplus means that more revenue is coming into the state and less is being spent than we previously thought. The surplus is also the result of responsible budgeting practices Governor Dayton and DFLers in the legislature brought back to our state after decades of deficits, shifts, and instability.”

Liebling went on to say, “Throughout the pandemic, Democrats at both the state and federal levels have worked to protect the health and wellbeing of Minnesotans while keeping our economy moving. Democratic policies put money into the pockets of working Minnesotans to keep them afloat when our economy took a dive, preventing catastrophe for many and allowing for a quick recovery.”

State Senator Jeremy Miller (District 28, Republican) summarized, “In short, the state collected much more money from taxpayers than it expected to collect and spent a little bit less than expected. For example, individual income tax collections were about 10% higher than forecasted. Sales tax collections were about 6.4% higher. We also spent a little bit less on education than was expected because more students left public schools.”

State Representative Greg Davids (District 28B, Republican) pointed out, “Despite a gargantuan federal deficit and rising inflation that hurts the poorest of the poor the most, the federal government sent billions of dollars to the states in the form of pandemic relief. This is the biggest reason for the windfall.”

What do you feel should be done with this surplus?

Liebling responded with, “Democrats want to invest in key areas to help workers, families, and small businesses that are still struggling. Minnesotans want a quality education for their children, quality affordable childcare, relief from the high cost of health care, and other policies that help them get ahead. This budget enables us to give Minnesotans a hand up and that is what I think we should do.”

Miller offered, “The budget surplus gives our state some options to make the lives of Minnesotans more affordable. With inflation, increasing energy prices, and continued economic hardship, it’s important for us to partner together to make sure families have the resources they need to thrive. We can also provide small businesses the economic support to grow and create good-paying jobs. A top priority for Senate Republicans this session will be to provide additional tax relief to Minnesotans across the state.”

Davids shared, “Any surplus is the result of the overcharging of taxpayers. The federal government handed Minnesota a great deal of this money, so it’s time to look at our taxing rates and give beleaguered Minnesotans tax relief.”

Some taxpayers have suggested that this money should be paid back to them as a refund. What are your thoughts on that?

Liebling explained her position, “Sometimes tax cuts or refunds sound good until you find out that most of the money goes to those at the top. Large corporations and the wealthy have gotten even richer during the pandemic and don’t need any more help, so I don’t support giving the surplus “back” to them.  I do support policies to put money into the pockets of hard-working people, especially those still struggling to get by. Action to raise the child tax credit, reduce the cost of healthcare and prescription drugs, cut the cost of childcare, and similar investments would help all Minnesotans get ahead and continue to boost our economy. This is how we can create a bright future for all.”

Miller wants to hear from his constituents on this matter. “We have some different options to help make people’s lives more affordable. I’m not quite sure what it will look like at this early stage, but our priority is getting dollars back into the pockets of Minnesotans who are struggling to keep up with inflationary pressures.  I’d actually love to hear directly from residents of Senate District 28 about how we should use the surplus. What will make your lives easier? What tax relief would you like to see that will help your family the most? Send me your ideas and your feedback at sen.jeremy.miller@senate.mn.”

Davids felt “taxpayers should receive this money in some form. They, after all, are the ones who fund government in the first place.”

Do you anticipate we will have a surplus of this size again in the years to come?

Liebling speculated, “Following one of the most tumultuous, uneasy economic situations in any of our lifetimes, we’ve quickly bounced back because of wise, responsible budgeting and investments at the state and federal levels. A budget surplus this size is unlikely in the future, so it’s important to seize this opportunity to invest in our continued recovery and our shared future.”

“I think it’s likely the state will have budget surpluses for the foreseeable future,” shared Miller.

Davids responded with, “Only if the federal government continues to print and hand out money to the states without realizing the burden the national debt will have on future generations.”

Is a surplus of this size a good thing?

Liebling replied, “As long as we have Minnesotans facing homelessness, food insecurity, or crushing medical bills, we have work left to do. Everyone deserves a chance to get ahead, especially our children. If Republican lawmakers join with Democrats, the positive budget outlook could allow us to give more Minnesotans the opportunity to get ahead and build a state that works better for everyone.”

Miller offered, “It’s better to have a surplus than a deficit, but surpluses of this size are far too large. Simply put, the state is collecting too much money from the taxpayers. The state has a duty to pay for certain things, but every additional dime the state collects in taxes is a dime that comes out of the people’s pocket. That’s money that could be used to pay bills, save for our children’s college education, go to a sporting event, eat at a local restaurant, or take a vacation.”

Davids concluded, “It’s better than a deficit, but my main concern is that if we start spending this surplus, the state’s baseline spending number rises. Any money we spend on future government programs will be considered new baseline spending for our state, a new minimum budget spending total if you will. Our state budget never decreases, it always seems to increase by billions of dollars each biennium. If the federal money dries up, which it will, how would you pay for billions in new government spending if you spend away this record surplus?”