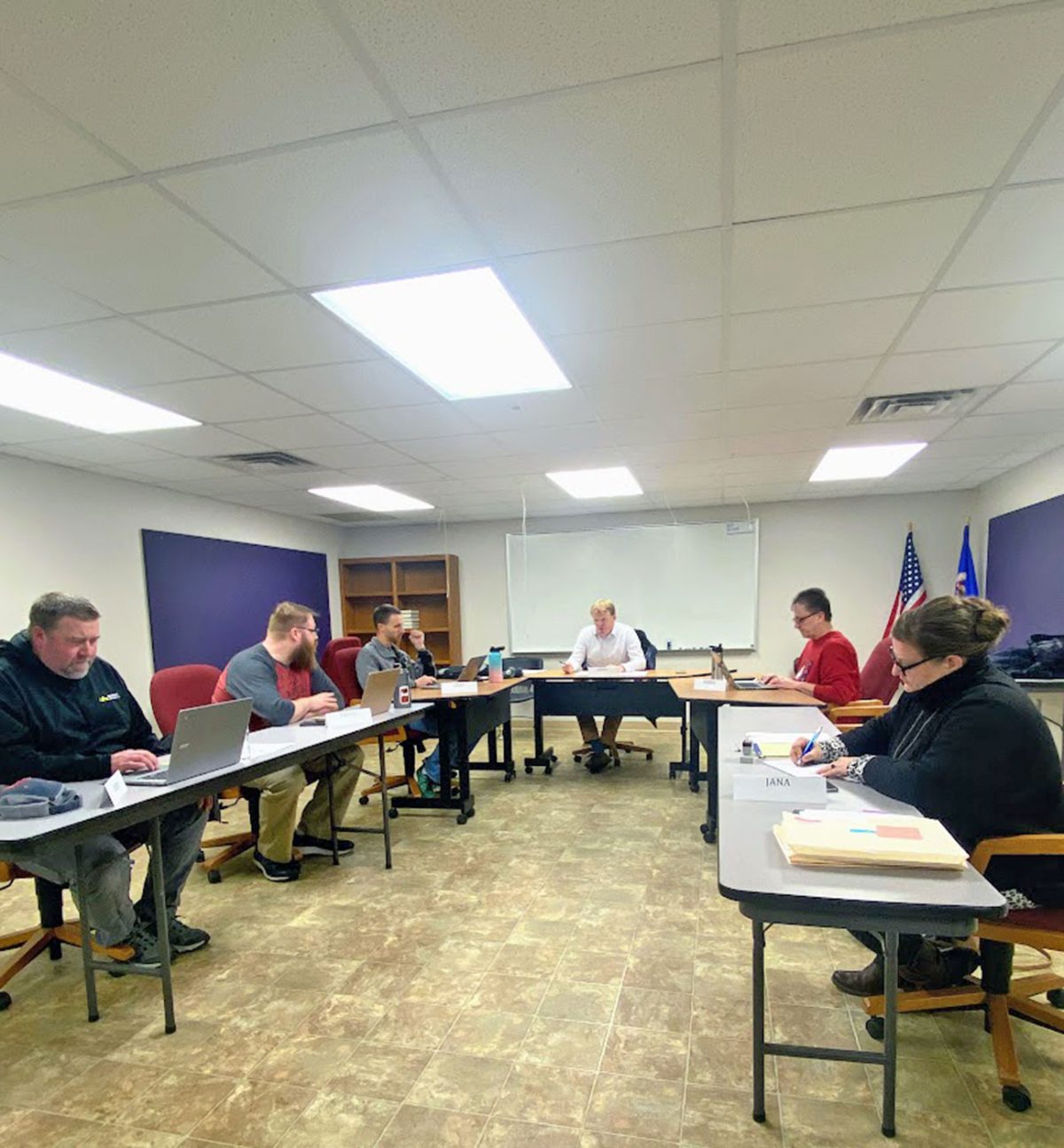 After months of discussion, many sleepless nights, and a question on the November 8 ballot to gauge the residents’ opinion regarding the liquor store, the Spring Grove City Council made the decision to close the liquor store as of June 30, 2023, at the council meeting on November 15.

Mayor Scott Solberg called the canvassing board meeting to order at 7 p.m. prior to the regular council meeting. After approving the results of the November 8 election, the meeting was adjourned at 7:03 p.m. Mayor Scott Solberg called the regular meeting to order at 7:05 p.m. and led his fellow council members and attendees in the Pledge of Allegiance.

The council adopted the meeting agenda and approved the consent agenda, including the minutes from the October 25 regular council meeting, financials, the transfer of funds, and a temporary liquor license for the Giants of the Earth Heritage Center on December 9 and 10, 2022.

The council reviewed the motion made at the October council meeting, regarding health and disability insurance for former City Clerk/Administrator Julie Amundson. A motion made by Turner and seconded by Rohland to rescind last month’s vote and that the city will cover Amundson’s disability until the end of the year and Amundson is responsible for paying December’s premium; 3-2 motion failed.

Regarding a question of where the Russell and Marylou Gerard, City of Spring Grove, and John Sylling alley lies, Elton explained that she met with all parties involved, and the concern is where the alley should be located at versus where it is located at. She noted that the alley is located on the property that Sylling owns. She went on to say, “I talked to the city attorney, and he recommended turning it over to him because there are a lot of variables, and we want to make sure that we are doing everything right for everybody.” The council is in agreement that all the paperwork should be turned over to the city attorney for him to look at.

Elton explained, on March 15, 2022, the council approved hiring Davy Engineering to do a comprehensive plan and to evaluate the zoning ordinances for a budget of $25,000. The comp plan was estimated at $18,000 and approximately $5,000 to review the zoning ordinances with the project. Elton said, “There was a six-week time frame to complete the work and now we are 35 weeks out, almost eight months.” Due to all the errors and corrections, Davy Engineering dropped the price for the comp plan down from $18,000 to $6,500. The question before the council is if the council wants Davy Engineering to finish part 2 due to all the problems the city had with part 1. The consensus of the council is to have Elton talk with Davy Engineering and get everything in writing – what the company will be doing to complete part 2  – and bring back to the December council meeting.

•Approved working with the city attorney to draft a purchase agreement between the city and REVocity and Spring Grove Real Estate Fund for the sale of the quonset hut property, with all necessary contingencies.

•Approved closing Maple Drive for the Music and Market 2023 farmers market events on Wednesday afternoons from May through September. The council also agreed to waive the gazebo fees and have city staff put up cones on the street during the event.

•Appointed Molly Wiste to the Library Board.

•Approved hiring Kesley Bratland and Amelia Solum as co-managers of the swim center.

•Agreed that Elton will work with Erin Konkel, deputy clerk/treasurer to adjust the city budget and bring it back to the December meeting for approval.

Elton informed the council that Richard’s Sanitation raised their rates 3% per their contract with the city. The recycling rate went from $3.85 to $3.97 and the garbage rate went from $11.15 to $11.48.

Mayor Solberg stated, “This was the month of no meetings.” EDA, Parks, Planning and Zoning, and the library have not met since the last council meeting. Councilmember Turner proudly announced that the fire department recently received approximately $14,000 between the Arlin Falck grant and Compeer Financial grant. With the money from the Arlin Falck grant, the department purchased a grain rescue auger and a battery operated positive pressure fan. The Compeer Financial grant funds were used to purchase stackable airbags and barrier hoods and gloves.

The Spring Grove City Council’s next regular meeting is Tuesday, December 20 at 6 p.m., in the Spring Grove Communications Building, room 100. The public is invited to attend.