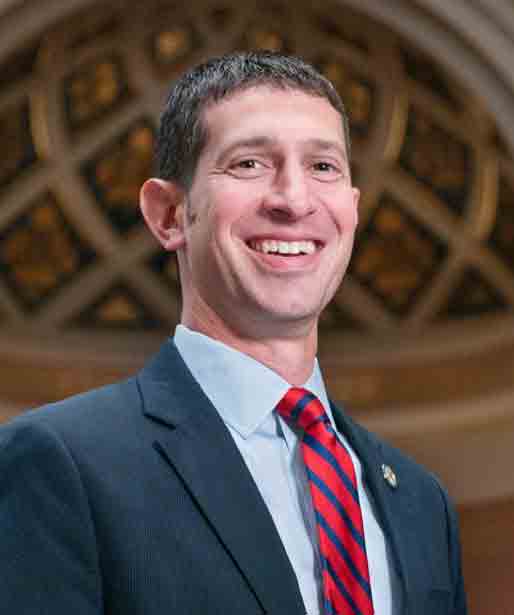 Minnesota State Senator Jeremy Miller (R-Winona) has officially filed for a fifth term in the Minnesota State Senate. Miller will be running in the newly formed Senate District 26, which includes Fillmore, Houston, and Winona Counties. He was first elected in 2010, and reelected in 2012, 2016, and 2020. He currently serves as the Senate Majority Leader and previously served as President of the Senate.

Miller said, “When I first decided to run for the Senate, I did so because I wanted to help make a difference. Janel and I were both brought up in families where we learned important values like hard work, respect, and honesty. These are the values I bring with me to the Senate.”

Miller continued, “It’s an honor of a lifetime to serve the people of Fillmore, Houston, and Winona Counties in the State Senate. Looking back on the last 12 years, I’m incredibly proud of what I’ve been able to help accomplish. But these accomplishments don’t just happen; they take hard work, commitment, and the ability to listen. By working together, I’m confident we can continue to help make southeastern Minnesota an even better place to live, work, and raise a family.”

Miller is a strong advocate on issues related to education, workforce development, farming and agriculture, and veterans. He is also a champion for senior citizens and people with disabilities.

Miller has a very long list of legislative accomplishments, some of which include the creation of the Rare Diseases Advisory Council, the stabilization of the health insurance market, education funding – including early childhood opportunities, long-term transportation funding, and targeted tax relief for middle class Minnesotans, senior citizens, small businesses, and farmers. He’s also championed many local projects across the district including a new veterans home that is currently being built in Preston.