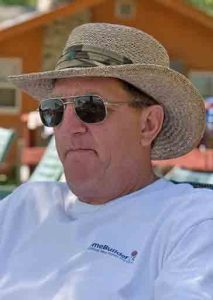 Richard was born August 12, 1945, to Donald and Margaret (Hanson) Milne in Preston. He graduated from Preston High School in 1963 and then graduated from Mankato State with a Bachelor in Business Administration in 1968. On October 26, 1968, he was united in marriage to Jan Pfister at St. Columban Catholic Church in Preston. He was drafted into the Army August 28, 1969. He served in Korea for 13 months and was honorably discharged on April 1, 1971.

He began his working career at Montgomery Wards in Rochester, Minn., with additional relocations to Sioux City, Iowa, Mitchell, S. Dak., and Fond Du Lac, Wis. He then returned to Preston in 1980, working construction with his father selling farm equipment. Rich continued his employment with a career change to real estate until his retirement.

During high school, Rich participated in baseball, golfing, football, and basketball. As an adult, he enjoyed shooting in a pool league, golfing, and pheasant and turkey hunting with his grandchildren. He enjoyed the annual vacations at Lake Osakis with his children, grandchildren, and extended family.

Rich was preceded in death by his parents, his sister Sharon Pederson, brother-in-law Joel Pfister and sisters-in-law Teresa Pfister and Tracy Conlin.

He is survived by his wife of 53 years, Jan; children and their spouses Mara (Corey) of Maple Grove, Minn., and their children Aiden and Ronan; and Jodi (Dusty) of Lakeville, Minn., and their children Taylor and Tanner; his brother and sister-in-law Phillip and Sandy Milne, brother-in-law Ron Pederson, brothers-in-law and sisters-in-law Kent and Shari Pfister, Steve and Trish Allen, and Brian Conlin; and numerous nieces and nephews.