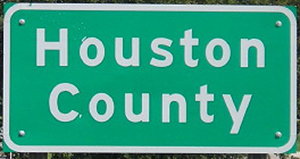 As a student of local immigration history Jim Skree, who grew up in Bader Valley south of Houston, was asked to provide an article for a recent and very unusual publication titled Red River Girl – From Telemark to the Buffalo (River): The Art of Orabel Thortvedt.  This fascinating book, published in 2020, is the result of a cooperative effort between the West-Telemark Museum in Eidsborg and the Historical Cultural Society of Clay County (Minnesota) in Moorhead.

In 1861, nearly 100 people left Fyresdal in western Telemark, Norway for a promising but unknown future in the Midwest. Many of them settled around Houston, already home to numerous compatriots, but for various reasons some were not content. They wanted to travel on to the Red River Valley, and so they did in 1870 and 1871, becoming true pioneers as they were the first to put down roots along the Buffalo River. This settlement soon grew to become Houston’s largest Norwegian colony.

Orabel Thortvedt, granddaughter of pioneer Ole G. Thortvedt who led the first group up to what became known as the Buffalo River Settlement, devoted much of her life exploring and depicting this story. She was a trained artist, loved animals and was inordinately interested in local history. This book portrays the work of a fascinating artist, while at the same time telling a touching family saga.

Please join us on Sunday, November 7, for Jim’s presentation about this uniquely valuable historical record with an emphasis on the decade the families spent in the Houston area. You may also view the comprehensive exhibit Red River Girl: The Thortvedt Family’s Journey to America, on loan from the Historical Cultural Society of Clay County. It features 27 large panel reproductions of Orabel’s work with many accompanying historical photographs and text.

This presentation will follow the 1:30 p.m. annual meeting in the museum by the Houston County Fairgrounds in Caledonia, Minn.