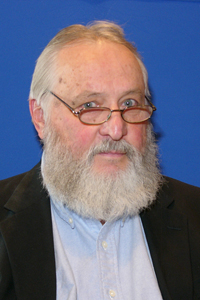 From observation and personal experience (although a nonnative, I have lived and worked in Minnesota for more than 20 years), I believe that “Minnesota Nice” is real and not just limited to Lutheran church basement gatherings. I do perceive, however, that as this state, as this country, as the world has become more politically polarized, as interpersonal relations have become more contentious, as divisiveness has been encouraged by various “leaders” and pundits, the phenomenon has diminished.

A few examples of Minnesota Nice extended to me over the years: On a day trip with my children to the Iron Range from Duluth, I discovered when we were about out of gas that I’d left my wallet at home. I explained the situation to the proprietor of a “Mom and Pop” country store with a gas pump who didn’t know me from Adam. “No problem, fill ‘er up, just send us a check when you get back home.” Summer road work on a busy two-lane highway in Northern Minnesota. No flag persons, just a sign reading, “Lane closed, take turns.” And people did. As “another outsider” acquaintance from back East observed, “Wouldn’t ever happen like that in Jersey.” More cases of the “absent-minded professor’s” having driven off without wallet or cash. Stopped for lunch in Highland; after eating, went to pay. “Sorry, we don’t take credit cards, just send us a check when you get back home.” Recently, after having arranged to pick up something from a store in Rochester, realized not only that I had no money with me, but also that I wouldn’t make it to the store before closing time. “No problem, I’ll set it out behind the back door for you to pick up; just pay me the next time you’re in town.” And, most notably, a warm and sincere welcome extended to my wife and me when we retired to Lanesboro, and the always courteous and conscientious service we’ve had from various tradesmen who’ve worked at our place. Were these examples of kindness perhaps attributable in part to “White Privilege” as well as to Minnesota Nice? Undoubtedly. I dare say that instead of an old white guy with a beard, had I been a young black guy with dreadlocks, the “forgot my wallet” episodes might very well have resulted in a call to the sheriff rather than a “send us a check when you get home.” And, while DWB (Driving While Black) remains a capital offense in Minnesota, I’ve been pulled over for having a tail light out and wasn’t shot, just advised to get it fixed.

Having lived in the Deep South during some of my formative years, and (with no other available option) having attended segregated schools grades 2-12, I have an “up close and personal” acquaintance with racism and white privilege. I will say though, that when it comes to intolerance, bigotry, vicious racism, and propensity to violence, there are plenty of Minnesotans who would take no back seat to any Jim Crow Southerner.

So, what might we do about it? Frankly, I have no optimism about “winning the hearts and minds” of brain-washed extremists. What we can do is, while acknowledging their right to their private opinions, deny them the license to act them out publicly with impunity. No, you can’t storm voting and vote counting places with assault weapons. No, you can’t shoot unarmed, nonthreatening black men. No, you can’t beat up elderly Asian women. No, you can’t bomb synagogues and mosques. No you can’t threaten or plot to kidnap and kill elected officials. If you attempt to do so, you’ll be held accountable. The spurious, “wink-wink,” “good people on both sides” narrative must not stand.

In other words, I am skeptical that the unenforceable “Love thy neighbor as thyself” ideal is a realistic solution. I believe that, “Thy neighbor is entitled to the same protection under the law as thyself,” is enforceable, and if enforced, would mitigate many current problems. The caveat is that “thy neighbor” means everyone else on the planet, regardless of nationality, race, color, gender, wealth, religious persuasion, or any other discriminant. Wouldn’t that be a great way to show Minnesota Nice?