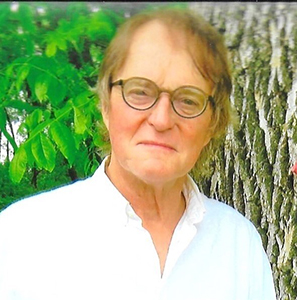 After visiting cemeteries and honoring those who served in the military on Memorial Day, my mother, wife, and I were enjoying sitting on the street in beautiful Lanesboro when suddenly a pickup truck roared by with two flags, the American flag and “F*** Biden” flag.  What a disgrace.  Total disrespect for the American flag and those who served and lost lives.  This type of mindset is rooted in the likeness of ex-President Donald J. Trump who once told us that John McCain was not a hero.  Those who attacked the Capitol incited by ex-President Donald J. Trump on January 6th told them they were true patriots, saying “We love you.  Remember this day forever.”  Five people dead, 140 injured (not fake news).  What a dark day for our country and democracy.  We heard shouts of “Hang Mike Pence,” “Where’s Nancy?” and our elected officials were literally running for their lives.  Yet the Republicans want to sweep this under the rug with no investigation.

The Republican party used to be the party of family values, lower taxes, and solid conservative thinking with some sense of decency.  It was not centered or focused around the makeup of one man.  We do have some good Republicans who have a moral conscience and vote their conscience, such as Mitt Romney and Adam Kinzinger.  Unfortunately, they have become outcasts.

It’s amazing after all that’s happened that folks still hang onto this mindset and continue to support this “golden boy” who never grew up to be a real man.

The election is over.  He lost.  It wasn’t rigged (what about the elected Republicans – was that rigged?).  It wasn’t stolen and was not a big lie.  Ironically, the big lie (liar) is ex-President Donald J. Trump.  Many have been good enough to remove their signs and flags, but some remain.  It’s time to move on.  The treatment ex-President Donald J. Trump displays towards others is nothing but shameful at best.  It is the worst example of leadership and behavior for the next generation – or anyone.

History will judge and record this chaotic pollical period led by ex-President Donald J. Trump.  Kids will read of this time and maybe ask dad or grandpa, “Did you vote for this man?”

This is not the America I grew up in.  I resented the “Make America Great Again” slogan.  That’s assuming we weren’t great.  With all our struggles and differences, I’ve always believed that America is great.

God bless the real heroes… first responders, scientists, law enforcers, and those who served our country with honor to preserve our freedom, especially on Memorial Day.  Please fly one American flag that represents all of America.

Perhaps the Republicans or all politicians should get together and sing “Kumbaya” or, better yet, drink beer, party, and sing “Friends in Low Places.”