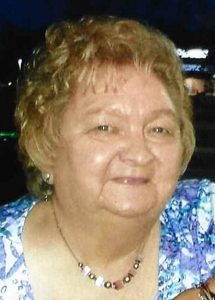 Marlys McCallson, 80, of rural Lanesboro, passed away peacefully on Sunday, January 23, 2022, at her home, with her family at her side.

Marlys was a farm wife and homemaker until entering the workforce at age 40.  She worked as a bookkeeper for the National Farmers Organization, a paraprofessional at the Lanesboro School District, and photofinisher at Herff-Jones in Lewiston for 25 years.  She and Richard also owned and operated R&M Amish Tours for 15 years, and they also delivered the Winona Daily News and the Rochester Post-Bulletin together for a number of years.  Marlys lived on the family farm for 64 years, which was her happy place.  She loved spending time with her family and friends and enjoyed reading, playing bingo, going dancing, listening to old time country music and doing crafts.  She also loved cats and always had at least one in her home, and few outside. Most of all, she loved her family.

She is preceded in death by her parents and her husband, sister Betty Johnson, and two brothers, Glen and Clarence Sorum.