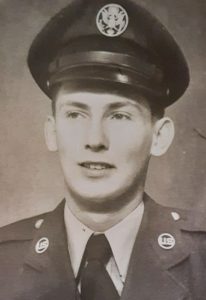 Mark T. Jauert, age 85, of Spring Valley, Minn., died on Saturday, May 21, 2022, with his daughter Sherilynn by his side, at Season’s Hospice House in Rochester, Minn.

Mark Theodore Jauert was born on May 26, 1936, to William and Mathilda (Klemmer) Jauert in Springfield Township, Winnieshiek County, Iowa. He attended St. Francis de Sales Catholic School in Ossian, Iowa.  Mark was very proud to serve our country for four years as a firefighter in the United States Air Force. He was united in marriage to Leonore Moline on July 31, 1965, in Chicago, Ill.  Mark adopted Leonore’s son Andrew soon after and had a son of his own. He and the family moved back to Iowa where he began farming and then his daughter was born. In 1975, the family moved to Wykoff, Minn., where he continued to farm for the next 30 years. He later divorced in 2002. He began working at Walmart in Rochester, Minn., and decided to sell his farm and move to Texas, where he finally retired in 2014 after 14 years with Walmart. He started some woodworking projects that turned into him making dining sets and custom made orders that he would sell at flea markets. In 2016 he moved back to Minnesota to be closer to his children and grandchildren.

Mark enjoyed putting puzzles together or playing solitaire on a rainy day and euchre or 500 when friends and family would visit. He also league bowled for many years. Throwing horse shoes was a favorite when family got together and competed against each other.  He was always up for a game or two of pool and started a tradition with his daughter; the night before deer hunting they would go out together and have a couple of beers and shoot pool. He really enjoyed the outdoors and looked forward every fall to going coon hunting with Mike Rollie, and deer hunting. He was an avid fisherman and loved taking the family to the Mississippi River fishing. Most of all, Mark wanted to spend time with his family.

Mark was a very kind, generous and loving man and had a heart of gold. If someone needed help, he was always happy to help out if he could. He had a sense of humor and loved laughing and joking around. He was a very dedicated and hardworking man that never complained as he worked from sunup to sundown. He was a great influence on his children, especially his daughter.