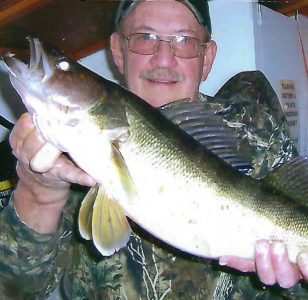 Lyall Dean Mensink, 79, of Preston, Minn., died peacefully at his home surrounded by his loving family on August 1, 2022, after a brief bout with pancreatic cancer.

Lyall was born July 21, 1943, in rural Greenleafton to Earl and Eva (Termaat) Mensink and grew up in rural Preston/Greenleafton area. He attended Flying Cloud Country School and graduated from Preston High School in 1961. On December 27, 1966, he married the love of his life, Charlene Dornink, at the Greenleafton Reformed Church. To this union three children were born. They have resided in their Preston home their entire married life. Lyall was owner and operator of Greenleafton Farm Service, Racine Farm Service, and Mensink Bus Service until the bus service was sold to the Preston School District. He continued his career in Fiberglass Pultrusion Business and worked for AFC, Strongwell and Geotek until his retirement in May 2008. Throughout his life, Lyall enjoyed hunting, fishing, and golfing with his family and friends.

He was preceded in death by his parents, infant daughter Amy Beth, brothers Wendall and Royce, brothers-in-law Lowell Roelofs and Gene Rindels.

Funeral services will be held at the Greenleafton Reformed Church of rural Preston on Sunday, August 7. Visitation will be at 1 p.m. and Celebration of Life will follow at 2 p.m.