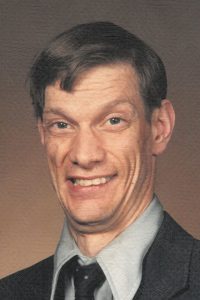 Louis David Ramaker, 76 years old, died Monday, January 16, 2023, at Spring Valley Living facility in Spring Valley, Minn. He was born at home on July 18, 1946, to David and Mildred (Winslow) Ramaker. After graduating from Spring Valley High School, Louis went for training and work at Ability Building Center in Rochester, where he received the Employee of the Year Award in 1978. It was there he met the love of his life, LeeAnne Spencer. On January 4, 1975, they were married in Madelia, Minn. They enjoyed traveling, attending church together, and were there for each other during the many ups and downs of their favorite Minnesota sports teams.

Louis was proud to work at Mayo Clinic and completed 29 years of service. He greatly enjoyed his coworkers, and especially so when he could make them laugh.

He was preceded in death by his parents,  sister Mavis Haugerud, and father- and mother-in-law Merrill “Harv” and Dorothy “Dottie” Spencer.

The family wishes to extend a special thank you to the Spring Valley Living facility for their care and kindness throughout the time Louis lived there.

The funeral will be held at 11 a.m., Monday, January 23 at the Faith United Methodist Church, with Rev. Mark Woodward officiating. Visitation will be held from 10-11 a.m. at the church. Burial will be at Grandview Memorial Gardens in Rochester.