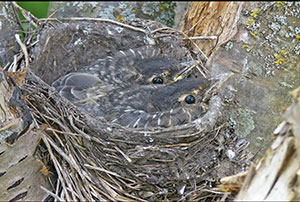 I was so tired, I had to do the dishes in bed.

My morning had begun in a garage where his noises were funnier than those made by my car. The mechanic leaned on the fender as he jiggled things under the hood. He smiled as if the exercise provided a modicum of excitement. Maybe it was a grimace or gas. He was one of those guys who spends an unlimited amount of time to achieve the desired result. After he’d jiggled everything that could jiggle, he sighed, wiped his hands with a rag supplied by an industrial towel company and said, “It’s a puzzle.”

Why should it differ from everything? Life is a puzzle, or is it? The King of Siam while not leaning on a fender in The King And I said, “It’s a puzzlement!”

The good news was that the mechanic didn’t need to send my car to a specialist at the Mayo Clinic.

I’d made a ham-fisted attempt at making a sandwich at noon before visiting some folks in a large housing complex. I bought a few jigsaw puzzles to take as gifts because I knew the residents would enjoy them. They weren’t Richard Simmons or Jane Fonda workout tapes. I told the recipients to pretend each puzzle piece was a barbell and their minds would think they were exercising. “Be careful you don’t get too buff,” I warned. They’d been chipping away and nearing completion of a large and complicated jigsaw puzzle. The jig was nearly up.

The event called for cookies. I botched the handoff and my sugar cookie fell to the floor. Someone yelled, “Five-second rule!” That maintains fallen food is OK to eat if you pick it up within five seconds. It’s exciting, but not as exciting as the extra step taken at the top of the stairs after the stairs had ended. I could drop a slice of pizza sauce-side down, pick it up, look at it, blow the germs off and eat it. And the fall knocks the calories out of it. That meant the dropped cookie had zero calories. I didn’t want to waste food and I’ve never seen a tombstone declaring the dearly departed dropped over from obeying the five-second rule. Scientists tested the rule. It’s not safe, but it’s safer to drop food on carpeted floors than on tile. I dropped a jigsaw puzzle piece once. Thinking it was a stale cracker, my faithful canine gobbled it down long before a five-count could be made. I got to “one Mississippi,” but not completely through “two Mississippi.”

I was given a replacement sugar cookie. The fallen one taunted me from the floor.q

I’ve tangled with puzzles. I was the biggest one. My father enjoyed the brain teasers that were wooden puzzles and metal wire puzzles. You may have encountered a wooden triangle with 15 holes in rows in the same shape as bowling pins are set, except with an extra row. A golf tee (peg) is in every hole except one. The goal is to jump pegs one at a time with another peg, removing the jumped pegs until one peg remains. My father loved those kinds of things. My wife and I play Twister. The puzzle is how to get out of the predicaments we’d put ourselves in.

I once tackled a 1,000-piece jigsaw puzzle of a blue sky without a hint of a cloud. That’s more pieces than the law should allow. That was the longest five years of my life. I got a 1000-piece jigsaw puzzle because it had been reduced to 998. The nice thing about doing a jigsaw puzzle is there’s no need to explain what you’re doing. People don’t ask why you’re working on a puzzle.

Who hasn’t experienced the impish joy of swiping a piece of a jigsaw puzzle and justified it by claiming to have made the puzzle easier?

I nibbled on my replacement sugar cookie and watched as if I’d paid too much for a ticket. The action was glacial. “Rein in the warp speed, Sulu,” I didn’t say. Putting together an IKEA chair is as challenging and produces something better for sitting on than a completed jigsaw puzzle.

I joined the process. I knew what I was getting myself into, but it was better than a charley horse. The pieces didn’t snap easily into place. They’d become soggy with my sweat and tears. Abracadabra! I pushed the last piece into place and jumped up ready to sign autographs.