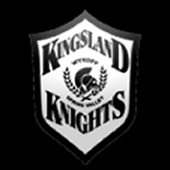 During the Kingsland School Board meeting on September 19, the board considered options for repairing the damaged roof over the gym.  It was pointed out that a leak had occurred, but did not result in water reaching the gym floor.  The leak was caused by a faulty patch, so that will be fixed by the company that installed the patch.

The board voted to have a temporary “fix” done now, so that further damage to the roof can be avoided over the winter.  The board also voted to have the roof replaced in 2023, with the multilayer system proposed by the Garland Company, at a total cost of roughly $385,000.  Insurance will cover roughly $270,000 of that, and Kingsland had already budgeted funds for the roof repair, so this will not cause any budgetary shortfall.  Board members voiced satisfaction that the vote was to fix the roof in a way that should last decades, rather than just putting a bandaid on the problem.

With Jackie Horsman absent, the meeting was led by Kyle Rader, who stated at the beginning of the meeting, “Just wanted to mention, there has been some controversy regarding the board in the last week.  We are aware of it.  It’s something we are working on.  Resolution-wise, it will not be addressed at this meeting… I would expect more details, more statements perhaps, coming in October.  The board’s two meetings in October will be a “work session” meeting on October 6, and a regular session on October 17.

Superintendent Klavetter updated the board on options for the track replacement project.  He explained that Nate Carolan (Building & Grounds Director) is checking into cost projections.  Klavetter stated, “Nate got appointments made to get quotes for both blacktopping and for doing the more composite type track.”  But Klavetter added, “If you do a full composite track material, that has to go on top of blacktop or asphalt.”  Because of this, Klavetter summarized, if Kingsland chooses the composite type track surface, the total cost would be roughly the total of whatever quotes Carolan gets for blacktop AND composite surfaces.  No board action was taken at this time.

There was board discussion regarding Policy 430, which had recently been rescinded, and which relates to former employees returning to work for the school district.  The board voted to reinstate the policy, but Kingsland will check with the Minnesota School Board Association to help determine exact protocols for the process of such persons returning to work for Kingsland.

The annual tax levy was discussed.  The board certified the preliminary proposed levy at the maximum allowed amount.  But, as in previous years, this is mainly a formality, since the actual final levy will be determined during the annual “Truth in Taxation” meeting in December.  Once the preliminary levy is set, the board can later decrease the levy, but cannot increase it.  Because of this, Klavetter summarized, “Right now, you want to certify the max because that leaves you as much flexibility as possible between now and December.”

The board acknowledged additional sponsorships for the HUDL program (video of Kingsland athletics and events).  New sponsors included Spring Valley Dental and Jay Webster ($200 each), Ody’s Country Meats, Rack’s Bar & Grill, and Kingsland School Parents ($500 each). Kingsland’s next school board meeting will be a work session meeting on Thursday, October 6 at 6 p.m.  The public is welcome to attend.