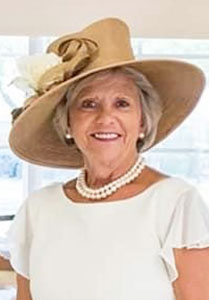 Judy Kay Vickerman, 71, of Mabel, Minn., loving wife, mother, and grandmother left this Earth way too early on Friday, February 26, 2021, at St. Marys Hospital in Rochester, surrounded by family.  She was undoubtedly welcomed into heaven by the open arms of the Lord, Jesus Christ and the many loved ones that were patiently waiting to reunite with her.

Judy was born January 24, 1950, in Postville, Iowa, to Kenneth and Ruth (Ruroden) Westby. She attended several schools until her family established a home in Mabel, Minn., where she attended Mabel-Canton High School. Judy met Ronald Vickerman as he cruised the streets of Mabel in his GTO, and the rest was history. Ron and Judy married on July 8, 1967, together nearly 54 years. They were best friends who shared the same goals of making family a priority, working hard, and taking care of everything they built together. Ron and Judy resided in several homes until they moved to a farm, one mile north of Mabel, where they lived for 17 years, until they bought the farm “over the hill” (formerly Leonard and June Larson’s) in 1990. Judy took great pride in every place she lived. Her homes were meticulous, with each room beautifully decorated and every inch carefully organized. She cared for outdoor spaces in just the same way as the inside and had the most beautiful flower gardens and potted plants that were the envy of many. Ron and Judy also had a home in Mission, Tex., where they enjoyed the sunshine, adventures, friends, and relaxation.

Judy worked at Green Lea Manor Nursing Home for 28 years in the activity department, working her way up to the director prior to her retirement.  Her work ethic was admirable, and she cared for many residents as if they were her family. She was a member of the Newburg United Methodist Church, Mabel Legion’s Women’s Auxiliary and volunteered for several organizations. She enjoyed cooking, baking, crafting, refinishing furniture, watching the butterflies and hummingbirds in her gardens, and most importantly, spending time with her beloved grandchildren. She adored and loved them deeply, always making a point to do special activities to create memories with each one of them and proudly attended their events and activities. When they playfully teased her about being “Grandma’s favorite” she would exclaim, “EACH one of you are my favorite.”

She was preceded in death by her parents Kenneth and Ruth Westby, and daughter Kari Ann Vickerman.

Funeral service was held at the Mabel First Lutheran Church on Wednesday, March 3, 2021, at 11 a.m. with the Rev. Pamela Seebach officiating.  Burial was in the Newburg Methodist Cemetery.

Arrangements are entrusted to the Mengis Funeral Home in Mabel.