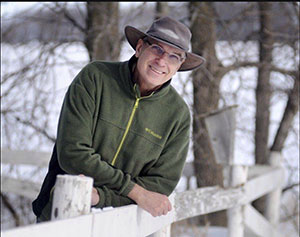 I’ve oozed from the primordial soup.

I’m threatening to become an owner-operator of a TV.

Please hold your applause until the end.

A TV? Welcome me to the 21st Century. What next? An indoor outhouse? Wearing shoes in the summer? My ancestors went barefooted all year, wrapping barbed wire around their tootsies when the conditions were icy.

The Batt Cave hasn’t had a working TV for many years and life went on. I’ve been so busy amassing mansions, yachts and Ferraris, I’ve had no time to watch TV. Our previous TV set worked until the day after its 12-month warranty expired and it began changing channels on its own as if someone had fallen asleep on top of its remote. That brought a halt to its presence in our lives. The absence of a TV hasn’t been a bad thing. We haven’t had to battle for control over the remote and its 479 mysterious buttons. Without televised football, there was no need to leap on and off the Vikings bandwagon. That’s exercise, but not enough physical activity to overcome the high blood pressure their games cause. I didn’t miss watching football games from a fetal position.

We were blessed by being unable to watch all-news stations. Information is empowering, disinformation is enslaving. It’s good to know things, but opinionated carnival barkers tell us too many things they don’t know. I didn’t need to see zany politicians from outer space. When I hit the road in search of news and insight, I prefer newspapers, books and magazines.

What did we put in the corner where a TV should be? We solved that problem by leaving the broken TV there. I never thought much about that TV. It’d be like a bare tree thinking of its shed leaves.

I grew up as an inept channel clicker (I changed stations too quickly and went the long way around) during a time when only rich people had color TVs. I was a two-legged remote control. Eat your heart out, Norman Rockwell. I sometimes needed to use a needle-nose pliers to change the station after the channel selector had broken. TV signed off the air early. We had no cable, no streaming (which allows a person to watch five years of TV in a week), and no recording capability — no problem. But as Bob Dylan wrote and sang, “Ah, but I was so much older then, I’m younger than that now.”

My wife decided and I voted “yes” by proxy to purchase a TV the size of a school bus. I was prepared to ransack a single store to find a low-priced TV the size of Alaska, which was only slightly higher in cost than one the size of a school bus. I shopped despite my worry that the bigger the TV, the more likely it is to destroy brain cells and I’m troubled by its sound capabilities. I don’t even like loud restaurants, so I’ll need to keep a tight rein on the volume. We own a sofa and I fear that combining it with a TV might make it too easy to deviate from the perpendicular. I visited only one store because I’m not good at comparison shopping and priced a collection of screens and left. I waited a couple of hours before putting on a fake mustache and reentering the store to see if I’d gotten the lowest price.

I expect a TV will be procured. I’ve already sold the naming rights to some guy named Bob.

Why get a TV? Do I envision lazy days by the pool, watching “Lifestyles of the Rich and Fatuous” as a servant peeled my grapes? No, but I will now. We’re getting a TV to watch a loved one play basketball. That’s more than enough motivation, but it’s not the only reason. We can’t eat TV dinners while watching “Masterpiece Theater” in actual size without a big TV. I’ll soon be enjoying a Salisbury steak smothered in gravy, creamy mashed potatoes, sweetcorn and cinnamon-apple dessert in a plastic tray made from recycled TVs that had expired when their warranty did. But first, I need to find a couple of those folding TV trays in pristine condition at a garage sale. Excelsior.