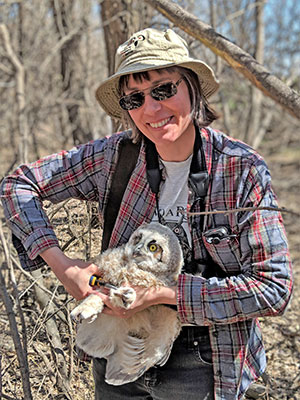 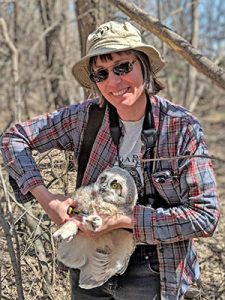 I have a degree in biology, have lived in Houston County my whole life, and have done environ-mental education programs on the proposed Houston OHV Trail site for 15 years.

Com-paring the Iron Range OHV Recreation Area in Gilbert and the Appleton Area Recreational Park to the proposed Houston OHV Trail is a bit like comparing apples to tomatoes. They may seem outwardly similar, but they’re very different.

The Gilbert area is built on an old iron mine and Appleton in an old gravel mine. Houston’s proposed location is a relatively undisturbed, naturally vegetated bluff with one of the rarest habitats in the state, at least two threatened species, four species of special concern and seven species of greatest conservation need. The soils are classified as highly erodible.

The DNR’s own field staff had the following to say about the proposed trail alignment in Houston:

“This placement would maximize the potential for disturbing/degrading rattlesnake habitat…”

“…we should just be aware that it will likely negatively impact priority bird species.”

“The fragile soils in this area are not suitable or sustainable for these types of activities in my opinion.”

“Don’t like the design, too many trails per acre, habitat loss for game and non-game species…”

“The one area where the ridges connect seems to maximize impacts with multiple proposed trails. The trail segment I mentioned in the attached document really seems to be high impact. I do not see how this segment could be built in a sustainable manner…”

Despite these concerns, the DNR has chosen to do no formal environmental review for the trail alignment.

There is also an old lime kiln in good condition, from around the 1880s, in close proximity to the entrance trail. It is made of dry stacked stones on a steep hillside, and very susceptible to damage from erosion or direct vandalism.

The City of Houston already has tourism, with significant plans for growth. According to the Minnesota State Trail User Count 2018 Report, 11,435 people used the Root River Trail at mile marker 35 in 2017. In 2019 (pre-COVID) the International Owl Center had 12,619 visitors to their center. In comparison, the Gilbert OHV area (which is 36 miles long compared to Houston’s 7.5 miles) had about half that many visitors based on data provided by the DNR. Tourism will grow considerably when the new Owl Center facility is built, with annual visitation estimated to be a minimum of 40,000 people/year (based on research by the University of Minnesota.)

Noise is a far bigger issue here. The closest trails to the nearest rows of houses in Gilbert and Appleton are 0.8 miles away. In Houston they are just 0.2 miles away, elevated on a bluff.

Trail construction and maintenance are critical to success. Gilbert is owned and maintained by the DNR, Appleton by Swift County, and Houston’s would be owned by the city but maintained entirely by volunteers.

The opposition to this project is not new, nor just “a few people.” There was a petition back in 2013. This year a new petition requesting the cancelation of the project was signed by 400 people, although more were opposed and uncomfortable signing. This represents a minimum of 59% of the city’s voting population, 24 business owners, 24 non-resident property owners, and 35 adjacent landowners.

According to the 2017 Minnesota Outdoor Activities Survey, 95% of respondents participated in hiking/walking outdoors in the past year, 65% biked, 54% canoed/kayaked/paddle boarded, while only 36% rode an OHV vehicle. Although OHVs are a fast-growing segment, OHV recreationists are still dwarfed in numbers by the traditional silent sports with a small environmental footprint.

The City’s ability to obtain non-OHV grants from the DNR in the future would not be impacted if the City withdrew from this project (according to DNR grant staff.) They also would not likely be required to repay half a million in grant dollars received… the DNR attorneys are reviewing what the consequences of withdrawing would be.

There are solid facts and much research that stand behind those who want to protect our bluffs in Houston. We aren’t against OHV trails – just this location.