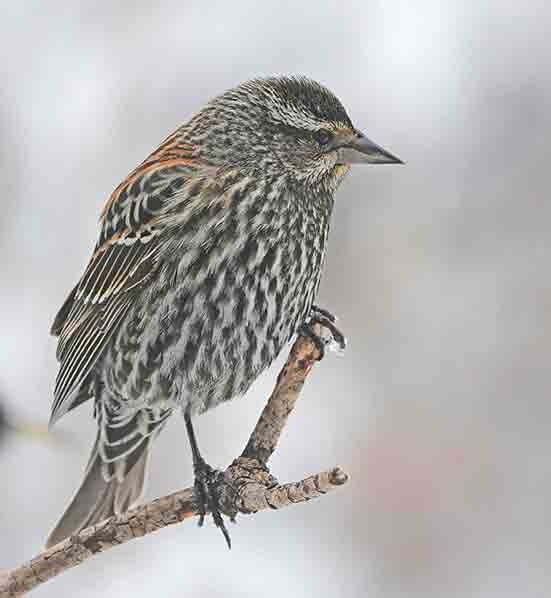 I gave a collection of Gunsmoke  TV show DVDs to a friend going through a rough patch. A rough patch is how I describe things I don’t want to describe. It’s the opposite of a bonanza, so it doesn’t have any of the Cartwright family in it. I’m not sure how I came to possess those Gunsmoke videos. Probably at a friends of the public library book sale.

Gunsmoke was a weekly horse opera that visited our barely functional TV set during my formative years.

I don’t see jackrabbits in my neighborhood and I miss them. And I feel guilty. If it hadn’t been for me, there might be one. He didn’t know it, but Matt Dillon talked me into doing a regrettable thing.

I remember the Gunsmoke episode as if it were an incredibly long time ago. In the Long Branch Saloon in Dodge City, Kans., a cowboy had grown devil horns after being over-served demon red-eye whiskey (probably coffin varnish served in a dirty glass). Hostile politics might have been involved because the man became belligerent and instigated a brawl. H. G. Wells wrote, “The man who raises a fist has run out of ideas.” Marshal Matt Dillon broke up the fight by clobbering the main miscreant with the butt of his pistol. Flag on the play. The inebriated fellow was tossed into a jail cell and not released until after he’d slept it off. I don’t know how he could have slept off that gigantic bump on his head.

The following day, Matt rode out to do a welfare check on a widow living in an old chuckwagon with a flat tire and no AAA membership. I know the wheels were wooden, but it’s my story.

On his way there, the cowboy with the immense bump on his noggin, likely demonstrating concussion-like symptoms, hid in a mountain pass and ambushed Matt with a 437-shot pistol. He shot Matt in the left shoulder. That’s how Matt Dillon knew he was having a bad day — someone shot him. True West magazine found Matt had been shot at least 56 times, 14 times in the left arm and shoulder.

Matt fell off Buck, his horse, and the trusty steed headed back to Dodge City. Matt’s lips became parched and dry. They cracked due to the lack of lip balm. I feared he was a goner. With superhuman strength and will, he crawled down the mountain from which he could have seen my house, onto a dessert. Vultures circled overhead. Meanwhile, back in Dodge, Buck told Deputy Festus what had happened. Festus went looking for Matt and he found him. Matt wasn’t at death’s door, but he’d turned into death’s driveway. Festus had Matt drink slowly from a canteen of water. Then Festus shot a jackrabbit. Festus harnessed the healing powers of jackrabbit roasted on a spit made from discarded slingshots found on a desert lacking trees. Festus used the buffalo, horse, cow, corn or potato chips he carried in his saddlebags to fuel the fire. Matt perked up while gnawing on the hare. When asked how it was, Matt said, “I reckon this is about the best thing I’ve ever eaten.”

Inspired by that chapter of Gunsmoke, I shot at jackrabbits many times. I preferred seeing jackrabbits running instead of dodging bullets, but I had the strength of purpose. I didn’t hit any, but one died of old age while I was shooting at it. I apologize to all jackrabbits for my foolhardy act. No one was to blame but me, even though Marshal Dillon had told me it was the best thing he’d ever eaten.

It took me forever to find two proper forked sticks in the woods. Festus found them where there were no trees. I fashioned a rustic rotisserie to roast the rabbit over an open flame from  dried Holstein dung. The smell wasn’t appealing.

I’d hoped for a respectable mouthful. I ate jackrabbit for the first and last time that day. It was far from the best thing I’d ever eaten. Hunger is the best sauce, so Matt hadn’t lied. It was my fault.

I should have removed the fur first.