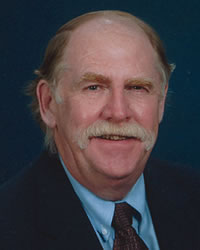 Usually, after a presidential election, there are all sorts of editorials and letters saying how terrific the newly elected president is. There is generally a list of “wonderful” things they stand for, what they plan for the future, and what they are doing.

Prior to this presidential election there were countless letters and endless editorials about the need to remove Trump from office. It’s amazing that these letters contained nothing but vague innuendo and speculative foolishness. There was virtually no concrete criticism of his policies. Discussion of specific policies was off limits, as Saul Alinsky advised.  Only that he and all of his policies are bad, he lies, his hair is orange, and he must be hated. A sicker form of “logic” in politics I cannot imagine.

Why aren’t there any? There aren’t any because this last election was never about any of that. And the lack of supporting letters for Biden confirm it.

I’ll have to give Dems credit for winning in the only way they could have won. Taking a cue from Saul Alinsky’s Rules for Radicals, they focused and fixated fanatical hatred on Trump. The election was never about issues except for isolated things of ancillary usefulness when it served the left’s purpose.

From the time Trump announced he was running for president; the Dems’ goal was to destroy him. Impeachment and all of the rest was part and parcel of that process. If they could have done so, they would have been happy to remove him from office but that wasn’t the ultimate purpose.

The ultimate purpose was to create loathing and contempt for Trump. They did everything in their power to create hatred for him. The angrier, the better.

It is highly unlikely that Adam Schiff, Maxine Waters, Nadler and a whole host of others, to include the mainstream press, believed much or maybe any of the daily nonsense they accused Trump of doing or being. Again, that wasn’t the point. The point was to continually create more and more intense hatred for Trump and his administration.

It worked. Leftist voters, ignorant as they choose to be, believed and bought it all, hook, line, and sinker. It is a dreadful shame that our election process has been reduced to nothing more than promoting hatred. It’s based just on emotion and an emotion that is one of the least attractive features of humanity. It’s also very frightening.

But oh, my goodness, if a conservative uses a four-letter word to describe Biden, that is unforgivable. After the years of abuse Trump got without so much as a whimper of slight protest from the left, one four-letter word is pretty trivial. I don’t like the word used but it wasn’t as if he had a bloody head of a mannequin that looked like Biden or anything like that.

But the Kool-Aid drinkers told us that anybody is better than Trump. That’s a remarkable assertion given that anybody would have to include some pretty nasty people similar to Stalin, Pol Pot, Castro, Hitler, and mass murderer John Wayne Gacy.

Also, no one on the left asked if we were better off under Trump than we were before. Of course, we were. And now? Are we better off with Biden as president? If you say yes to that, you are simply delusional. But in the looney left world that is okay. Our nation has become that sick.

Meanwhile, are lefties happy with energy prices going up? Hurting those who can afford it the least? Poor people that they are constantly yammering about? Diesel fuel is up to $4.50 per gallon in California now.

Or perhaps you like the idea of opening our borders and letting illegal aliens flood in? You can’t care much for America and Americans if you approve of such insanity.

Gun control? Self-defense? Other issues? There are many.

There is very little hope for our country when hate rules the day.