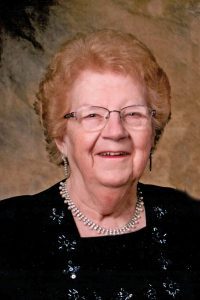 Gloria and Gerald farmed in the Harmony and Lanesboro, Minn., area for many years until they moved to Harmony in 1992. Gloria loved to shop for clothes and jewelry and always took great pride in looking her best. Most of all, though, she enjoyed gathering her loved ones together and nourishing them with her delicious cooking and baking. Her homemade meatballs, biscuits, and strawberry jam were legendary among her friends and family.

Memorials may be given to Henrytown Lutheran Church, Juvenile Diabetes Research Foundation (JDRF) or the charity of your choice.