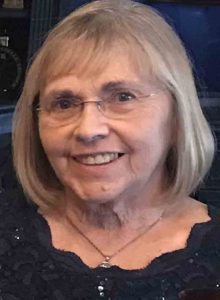 Diane Louise Bigalk passed away on Tuesday, November 29, 2022, at the age of 78, after a courageous battle with cancer.

She was born September 13, 1944, to Lester and Dorothy (Matson) Torgerson in Lanesboro, Minn. She attended and graduated from Harmony High School in 1962.

On June 24, 1964, she married Lee Bigalk at Greenfield Lutheran Church in Harmony. They resided in Mankato, Minn., prior to moving back to Harmony, where they raised their two children, Rosanne and Richard. She worked with Lee, performing day-to-day operations at Bigalk Chevrolet Co. until their retirement. After their retirement, Diane and Lee enjoyed wintering in Arizona and opening their doors to family and friends.

Diane enjoyed sewing, crocheting, knitting and embroidery. She was famous for her cakes and love of baking. Her skills were on display at many birthdays, graduations and weddings. She was also known for her rosettes and shared them at care centers and church functions in Harmony. Diane and Lee spent many hours on golf courses in Minnesota, Wisconsin and Arizona, teaching their children and grandchildren to love the game of golf. Diane was active at Greenfield Lutheran Church in Ladies Aide, Community Chest, as well as teaching Bible and Sunday School.

Diane was a loving wife, mother, grandmother, sister, and friend. Her most cherished time was spent with family and friends.

Memorial services will be held at a later date.  Lindstrom Funeral Home is assisting the family with arrangements.