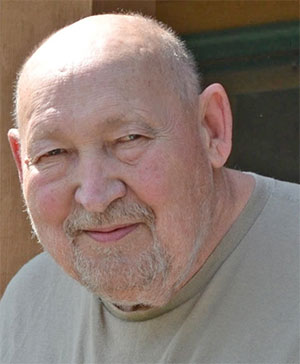 He was the fourth child of the late Lloyd and Carol Morgan. He was also preceded in death by his younger brother, Henry Morgan of Madison, S. Dak.

Dennis is survived by his wife Karen of 35 years, and four sisters: Nancy Nagel of Rock Rapids, Iowa; Patricia Hill of Zumbrota, Minn.; Linda Sheridan of Lansing, N.C.; and Susan Morgan of Fuquay-Varina, N.C. Many nieces and nephews also survive.

During Dennis’ school years he worked with his dad in their small, hometown bakery in Lanesboro, Minn. Graduating from Lanesboro High School in 1966, he considered going into the bakery business, but instead he joined the Navy. After serving four years, Dennis went to vocational school in Winona, Minn., for airplane mechanics. After graduation in 1973 on a vacation to N.C., Dennis acquired a job at  Raleigh Flying Service at the Raleigh-Durham airport. Because of his cancer he retired after 20+ years as manager of the maintenance department.

During his life Dennis enjoyed hunting, fishing, trail riding in North Carolina, Virginia, and Tennessee, caring for his dogs and his home. He always greeted people with a smile and would go the “extra mile” for family and friends.

When he was unable to ride his beloved mule Bo, he gifted him to a local riding academy for children and felt secure that Bo would “take good care” of the kids.

Dennis requested his body be donated to science. He is with the Duke Surgical group in Charlotte, N.C. Arrangements are pending.