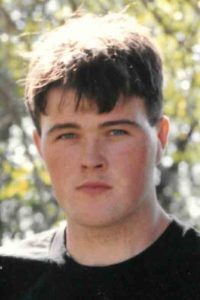 Dempsey Willard McHan III was born on September 25, 1979, in Leakesville, Miss., to Dempsey W. McHan II and Mary K. Dunphy. Dempsey lived in Mississippi until age 12 when he moved with his family to Whalan, Minn. He was a 1998 graduate of Lanesboro High School in Lanesboro, Minn. On April 11, 2006, he was united in marriage with Leah Anderson. Dempsey worked in the plumbing and heating industry for many years. In his spare time, he enjoyed spending time in the outdoors. Dempsey especially enjoyed hunting and fishing.

Dempsey was preceded in death by his father Dempsey “Skip.”

Visitation for Dempsey will be held on Tuesday, November 22, from 5-7 p.m. at Hoff Funeral Home in Rushford.