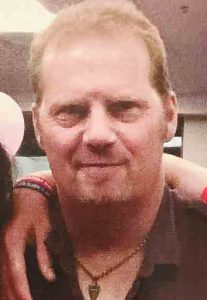 Dan was born January 21, 1966, in Rochester Minn.  Dan Lived in several area communities until putting some roots down near Lanesboro Minn., and began going to school there in the fourth grade where he graduated with the class of 1985.

Dan lived and worked in the area with several jobs until settling on working at Featherlite trailers in Cresco, Iowa, in 1991. Because of his easy-going nature, his friends and coworkers nicknamed him “Mello,” a nickname he had on his cars’ customized license plates. He remained working there until his passing.

His first child Dakota Sue was born in 1999 and his son Dylan Allen was born in 2002.  He made a home in Mabel, Minn., with his children and stepdaughter Danielle. He was married and later divorced.

Dan was preceded in death by his son Dylan and his mother Carol.

Mengis Funeral Home in Mabel is assisting with arrangements.