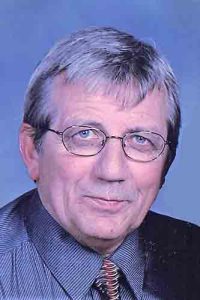 Charles “Chuck” George Austin, age 78, of Rochester, Minn., passed away at his home Wednesday, June 22, 2022, surrounded by his family. Charles was born August 30, 1943 to Truman and Olga (Thompson) Austin in Lanesboro, Minn. He attended and graduated from Lanesboro High School. For 31 years he was employed by Crescent Electric, retiring due to health reasons. He was united in marriage to Carol Wehrs on July 24, 1987, in Rochester, Minn. Together they enjoyed 34 years of marriage. Chuck enjoyed fishing, hunting, and his grandchildren. He had a very loving connection with his grandchildren. He was a people person. Often after a conversation with Chuck, you would become an instant friend. He loved to bring joy and happiness to anyone who crossed his path, whether at church or greeting someone at the local Kwik Trip. Chuck was an early riser all his life and enjoyed his morning breakfast with his friends for many years. Even when Chuck wasn’t doing well, he would always ask how you were doing as he genuinely cared about others and would often check in with them.

He is preceded in death by his parents Truman and Olga Austin, and his brother Vern Austin.

A memorial service for Chuck will be held at 11 a.m. Wednesday, June 29, 2022, at Hosanna Lutheran Church, 2815 57th St. NW, Rochester, Minn. 55901, with visitation being held one hour prior to the service at church. Following the service at church, a lunch will be served at the Ranfranz and Vine Remembrance and Reception Centre, 5482 Royal Place NW, Rochester, Minn. 55901. Chuck graciously donated his body to Mayo Clinic.

Ranfranz and Vine Funeral Home is honored to be serving the Austin family; to share a special memory or condolence please visit www.ranfranzandvinefh.com.