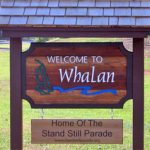 According to Whalan City Clerk/Treasurer Michele Peterson, the City of Whalan has received full reimbursement from former City Clerk Lolly Melander after receiving a check in the amount of $9,388.00. Present at the May 9 Whalan City Council meeting were Mayor Marlys Tuftin, councilmembers Owen Lewis, Sheila Higbe and Kim Berekvam along with City Clerk/Treasurer Michele … END_OF_DOCUMENT_TOKEN_TO_BE_REPLACED 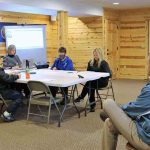 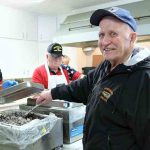 The annual Norwegian Klub & Chili Feed took place at the Lanesboro American Legion in Lanesboro, Minn. on Saturday, February 19, with many people attending the rare occurrence of blood klub being served in Fillmore County. Finding klub in the area may get even more difficult according to organizer of the event, Robert Thompson, who is ready to hand over the reins to … END_OF_DOCUMENT_TOKEN_TO_BE_REPLACED 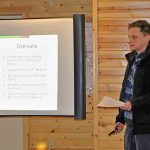 As the new year begins, the Whalan City Council performed it’s due diligence and set the Slate of Office for the City of Whalan for 2022, at their January 10 meeting. Present at the regularly scheduled city council meeting were Mayor Marlys Tuftin, council members Kim Berekvam, Thore E. Johnson, Sheila Higbe (via Zoom), Owen Lewis (via Zoom) and City Clerk/Treasurer Michele … END_OF_DOCUMENT_TOKEN_TO_BE_REPLACED 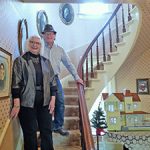 “It’s a love story with a little bit of demonic possession thrown in for good measure,” explains Todd Johnson, COO of Stone Fox, LLC.  Johnson is also line producer and one of the executive producers of the film Voice of Shadows.  The majority of the film took place at the James A. Thompson House, in Lanesboro, September 13-24, 2021. “Voice of Shadows is a story about cults, … END_OF_DOCUMENT_TOKEN_TO_BE_REPLACED 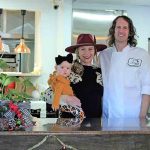 Already a joyful person, Tyler Shipton has several reasons to be grateful this holiday season.  The most important being his fiancé Ame Putman and their 11-month-old daughter Juniper. And, the very exciting aspect of being the executive chef and owner of his own restaurant, Juniper’s, in beautiful downtown Lanesboro. Named after Juniper, Shipton is bringing his love for his … END_OF_DOCUMENT_TOKEN_TO_BE_REPLACED 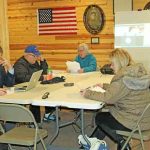 After hearing from residents and property owners at  a constructive neighborhood meeting, the Whalan City Council approved moving forward with the street project proposed last month by Fillmore County Engineer Ron Gregg. Present at the December 13 council meeting were Mayor Marlys Tuftin along with council members Kim Berekvam and Thore E. Johnson, as well as Owen Lewis who … END_OF_DOCUMENT_TOKEN_TO_BE_REPLACED 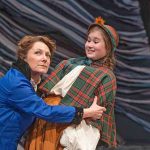 Bah! Humbug!  Who says the role of Scrooge has to be played by a man?  Adrienne Sweeney with the Commonweal Theatre in Lanesboro, Minn., is proving just how well a woman can play the role of Scrooge. Sweeney became interested in acting while growing up in Philadelphia, Penn., attended college in Baltimore, Md., and graduate school in Tucson, Ariz., where she received her … END_OF_DOCUMENT_TOKEN_TO_BE_REPLACED