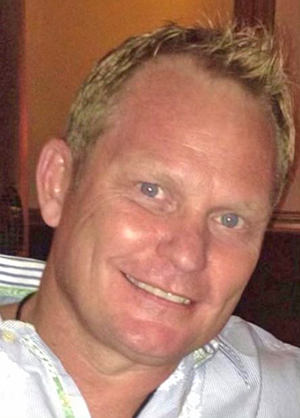 It is with deepest sorrow and broken hearts that the family of William “Bill” M. King   announce his passing on May 12, 2021, at Faith Presbyterian Hospice in Dallas, Tex.  He was surrounded by his loving family.  He was 59 years young.

Bill courageously battled metastatic melanoma for two years.  This vicious, ugly disease that ravaged his body, finally won.  But Bill left this world on his own terms – on his birthday, which is so Bill.  “In on May 12, out on May 12,” we can hear him say it.

Bill spent the majority of his working career working for, and in business with, one of his best friends, Matt Fleeger, at Gulf Coast Western.

Bill was an accomplished athlete and continued playing sports throughout his life.  He was an avid basketball player (playing pickup games at the club on his lunch hour) and an incredible golfer.

Bill was a music lover extraordinaire!  And he had an amazing voice that was mesmerizing.  In his last days he was still singing along to Coldplay and U2.

But more remarkable was Bill’s ability to meet people, make friends, and create bonds that lasted a lifetime.  He had more friends than anyone could imagine.

And all those friends loved and appreciated Bill for his entertaining and compassionate ways of being a good friend that you could count on at any time.  Bill had a fun and wicked sense of humor.  If he was teasing you or giving you a hard time, you knew you were loved.

Plans for a memorial service are being made.