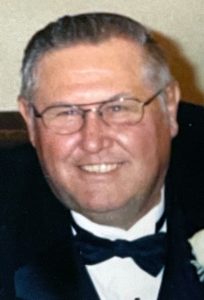 Willard Ewald Gaedy, age 77, of Ridgeway, Minn., passed away peacefully at home on June 19, 2022. He left this world on Father’s Day surrounded by the love of his family.

Willard was born at Winona General Hospital on June 2, 1945, to Ewald and Adelia (Jeske) Gaedy.  In his early years, he lived and worked on the farm with his family.

On August 12, 1967, Willard married Ruth Ann Brommerich at St. Martin’s Lutheran Church in Winona, Minn.  They built a home on the family farm and lived there until the late 1980s when they moved into the main farmhouse, Willard’s childhood home.  Willard and Ruth continued milking cows and spent many years farming together planning the day’s activities during the morning chores.

The Gaedy family farm was purchased in 1911. Willard continued the family legacy established by his grandfather William Gaedy. In 2011 Willard was proud to receive a State of Minnesota Century Farm award for 100 years of continuous agricultural operation.

Willard served his community as a member of the Ridgeway volunteer fire department, treasurer of Pleasant Hill township, and was a lifelong member of Grace Evangelical Lutheran Church in Ridgeway.  In addition to farming, Willard represented and sold products for Archer Oil, Mallard Seed, and Arbie Feeds. He enjoyed visiting with his neighbors while selling or delivering orders. As his own farm expanded, Willard was able to support many area farmers with custom combing and trucking services. He enjoyed his time every fall in the combine harvesting the year’s crop and watching the golden grain pour from the auger.

The family would like to thank the Ridgeway First Responders and the staff of St. Croix Hospice for their loving care of Willard over the last several months.  We would also like to extend a special thank you to his daughter Amanda, for her willing sacrifice and loving support in helping her mother care for Willard, allowing him to remain at home.

Visitation will be held at Grace Evangelical Lutheran Church in Ridgeway, Minn., on Sunday, June 26, 2022, from 5:30-8 p.m., and again at the church on Monday, June 27, 2022, from noon until the funeral service at 1 p.m.  The Reverend Jason Threlkeld will officiate. Willard will be laid to rest at the Bush Cemetery in Ridgeway.

Memorials may be directed to Grace Evangelical Lutheran Church, St. Croix Hospice, Ridgeway Fire Department, or a charity of your choice.

Online condolences or memories may be left for Willard’s family at www.watkowski-mulyck.com.

Watkowski-Mulyck Funeral Home of Winona is assisting the family with arrangements.