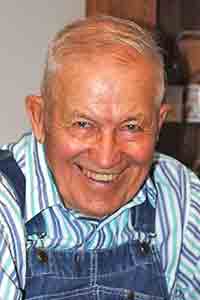 was united in marriage to Elizabeth (Betty) Byrnes at St. Mary’s Catholic Church, Hanover, Iowa. They farmed on the Sand Cove near New Albin until they moved to Minnesota in 1969, where he farmed on Jefferson Ridge, outside Caledonia. Later in life, he moved into Caledonia. Walter had been active in the Catholic Order of Foresters, St. Mary’s Men’s Club, and several farm organizations. He enjoyed playing euchre and spending time with family and friends.

Visitation will be on Wednesday, April 21, from 4-7 p.m. at the Four Seasons Community Center, 900 N. Kingston St., Caledonia. A private family funeral will be held Thursday at St. Mary’s Catholic Church, Caledonia. Burial will be in Calvary Cemetery, Caledonia. The family kindly asks that face masks be worn and social distancing be practiced.

Online condolences may be given at mccormickfuneralhome.net.