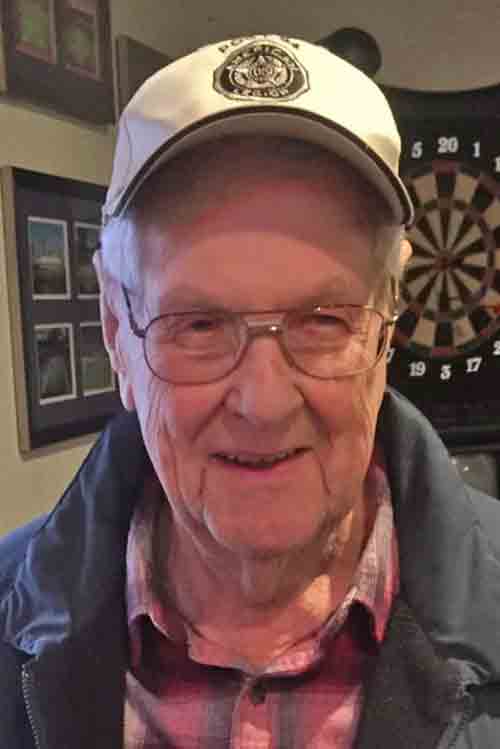 Vernon Linwood Gilbertson was born on November 24, 1928, in West Salem, Wis., to Ed and Gilda (Evenson) Gilbertson. Bud was raised in the West Salem and Holmen, Wis., area. He was a graduate of Holmen High School. On May 7, 1950, Bud was united in marriage with Joyce Johnson in Holmen. The couple moved to Rushford in 1959. He worked for Standard Oil Company for 21 years. Bud managed the Rushford Municipal Bar for many years. In order to stay socially active in the community, Bud worked for Rushford Foods during his retirement. Bud was a member of Rushford Lutheran Church, Rushford American Legion, Rushford School Board and the Rushford Lions Club. He enjoyed golfing and playing cards at Ferndale. Bud was a devoted husband, father and grandfather.

There will be a memorial service for Bud at 11 a.m. on Thursday, January 13, 2022, at Rushford Lutheran Church, with Reverend Steve Chellew officiating. Military Honors by the Rushford American Legion will follow the service at the church. Burial will be in the Rushford Lutheran Cemetery at a later date. Visitation will be from 9:30 a.m. until the time service on Thursday at the church.

Please leave a memory of Bud and sign his online guestbook at www.hofffuneral.com