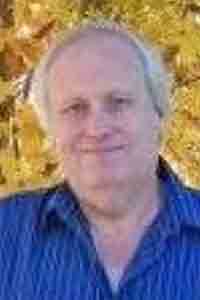 Steve was born on April 12, 1956, in Preston, Minn., to Royce and Dorothy (Knutson) Bergsgaard. He was raised in Houston and was a 1974 graduate of Houston High School. Steve attended Moorhead State University. He then transferred to Winona State University where he graduated with a degree in Mass Communications. Following graduation, Steve moved to Onalaska. He worked for Best Buy and Walmart in their electronics departments. As a child Steve would build and shoot off rockets with his friends. In July of 1969, Steve and his family witnessed the take-off of the Apollo 11 spacecraft which was launched at Cape Canaveral and was the first to land on the moon. Steve had a great interest in meteorology, photography, sci-fi movies and golfing.

There was a drive-through visitation at Cross of Christ Lutheran Church in Houston from 5-7 p.m. on Friday, April 16. A graveside service was held at 1 p.m. on Saturday, April 17, at the Stone Church Cemetery, with Reverend Linda McPeak officiating.

The family prefers memorials directed to the Stone Church Cemetery.

Please leave a memory of Steve and sign his online guestbook at www.hofffuneral.com