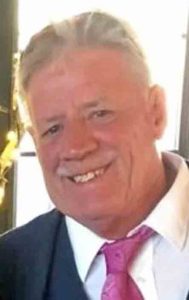 A Mass will be held at 11 a.m., Monday, December 5, 2022, at St. Columban Catholic Church in Preston, Minn., with visitation an hour prior to Mass. A celebration of life will be held following Mass, at Harmony Golf Club.

Steve was born on October 2, 1953, the son of Patricia (Fandel) Lindstrom and Joseph Lindstrom (Carol). He attended school in Rockwell City, Iowa.  After high school, he attended Mankato State University to study construction management.  It was there that he met the love of his life, Connie Iverson.  Steve and Connie were united in marriage October 20, 1979.  To this union, two children were born, Jennifer and Matthew.

Steve worked construction for several years before starting his own construction business, Lindstrom Construction, which earned him his nickname known by so many, “Lumber.”  Steve is credited for building countless homes in Southeast Minnesota and Northeast Iowa.  He was very well known for his impeccable finish work, which was second to none.  His family was able to enjoy living in three of the beautiful homes that he built.

Steve and Connie managed the Harmony Golf Club for 20 years.  Steve loved maintaining the beautiful look of the fairways, but his great love were the greens.  He took great pride in the fertilizing, care, and beauty of the greens, while also making them challenging for golfers.  The pin placements were especially tough on tournament days.

Most recently, Steve was the director of maintenance at Gundersen Harmony Care Center.  Steve could be seen laughing and visiting with the residents, which he thoroughly enjoyed.

Steve was an avid Gophers and Vikings fan, even though some years he questioned that loyalty.  He loved to golf, especially on Thursdays with his beloved group on Men’s’ Night.  He rarely, if ever, missed participating in a golf tournament at Harmony Golf Course.

Another passion of Steve’s was coaching. He coached boys and girls basketball for a total of 14 years at Fillmore Central Schools.  Between traveling league for Matt and his classmates and the countless players at Fillmore Central, he made a lasting impact. He was very passionate about not only the game, but all the individuals he coached and encouraged.

Steve’s greatest pride and joy was his family.  He loved supporting his children in their lives and was so proud of the people they have become.  The births of his grandsons Keagan and Cooper were two of the highlights of his life.  He adored them, loved to be around them, and the love for those boys was radiant.  To say he was a proud husband, father, and Papa is an understatement.

Preceding him in death are his parents Joseph and Patricia, stepmother Carol, mother and father-in-law Mel and Bun Iverson and sister and brother-in-law Bob and Colleen Brownlow.

The Lindstrom family wishes to extend a special thank you to the staff of Gundersen Harmony Care Center and Clinic and the Harmony Ambulance crew members for their care and comfort.

Memorials may be directed to the Harmony Community Foundation (earmarked for the Splash Pad) or an organization of your choice in Steve’s honor.