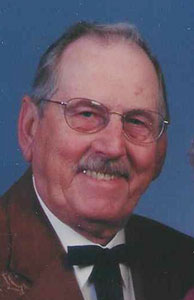 Robert LeRoy Steinbrink, 88, of Chatfield, passed away on Saturday, February 13, 2021, at his home, surrounded by his family.

Robert was born September 3, 1932, in Kendall, Wis., to Francis and Gertrude (Grant) Steinbrink. Robert graduated from Austin High School in 1950. On October 17, 1950, he married Jacquelyn Rutledge at the Queen of Angels Parish, in Austin, Minn.  He entered the service from 1950-1953.  After the service he went to work for IBM in manufacturing.

Robert enjoyed camping trips, barbecue competitions with son Brad and his wife Polly, family trips to the cabin, and spending time with his family.

He is preceded in death by parents Francis and Gertrude, son Mark; two grandsons, Jordan and Jason; brother and sister in-law Lloyd and Betty Steinbrink, and brother in-law Clayt Flanders.

A Celebration of Life for Robert will take place this spring and burial will be in the Calvary Cemetery in Chatfield.