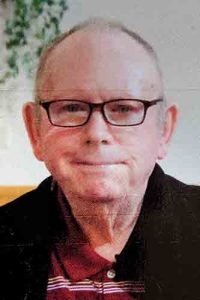 Rich was born September 4, 1936, near Preston, Minn., the first born son of Gerald and Carol Schmidt. He was very social, loved telling stories, played trombone and football, but was happiest when fishing or hunting. He graduated Preston High School in 1954 and proudly served his country in the Marine Corps. On May 2, 1959, he married Wanda Lou Gatzke; their early years blessed them with a daughter and a son.

Rich farmed for a time in the Preston area, then became a general contractor and relocated to other states, finally settling in Eagle, Colo.  He enjoyed hiring young men on his crews, training them to appreciate hard labor and a job well done, while still having fun. As a past Master in the Masonic Lodge, Rich was involved in his community. He was generous, made people laugh, loved a good country sing along, and never had a bad day hunting or fishing. It was always a good time when he hosted a get-together.

Family and friends of Richard and Wanda are invited to a reception in Preston, Minn., on June 11, 2022, from 2-3 p.m. at the Lutheran Church. Joint graveside memorial services and burial will follow at the Carimona Cemetery.