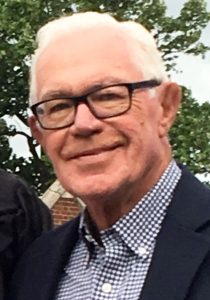 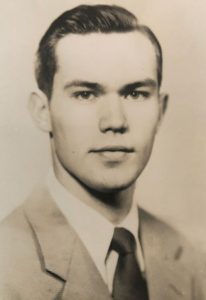 Dick was born May 8, 1936, in Preston, Minn., and graduated from Preston High School. He was a gifted athlete lettering in four sports and received the 1953 Minnesota All State Football Award.  He received a football scholarship to Duke University.

In 1957, he married his high school sweetheart, Leanore M. Paulson at the Root Prairie Lutheran Church in Fountain, Minn.

In 1958, a highlight of his college football career was playing in the Orange Bowl in Miami, Fla. Dick graduated from Duke in 1959 and received a master’s degree in education. He was a lifelong educator and received numerous professional awards, and in death was a “silent educator,” donating his body to science at the Duke University Medical School.

He was an active member in his community and church where he lived.  He continued to love sports, attending Duke football games, cheering on the Duke basketball team. He was an avid golfer and enjoyed watching his grandchildren play lacrosse, basketball, baseball, and soccer, and musical recitals. He gave many golf lessons and life lessons to his family and friends.  After retirement he enjoyed traveling to Hawaii, Norway, Iberian Peninsula, Alaska and U.S. destinations. He was a grill master and famous for his spicy chicken. He enjoyed playing cards, maintained a beautiful yard and enjoyed spending time outside on the deck for happy hour.  He was a man faith, integrity, wisdom and generosity, giving his time freely.

A memorial/celebration of Dick will be held at the Preston United Methodist Church, 212 St. Anthony St., Preston, Minn., on Sunday, June 5 at 2 p.m. Visitation at 1 p.m. in the fellowship hall.