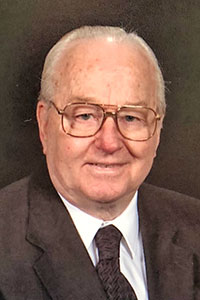 Richard retired after more than 30 years with Trane Company in La Crosse as an inspector.  He also worked in Caledonia at the John Deere Implement as a mechanic, Karel’s School Bus Service as a driver and mechanic, and Caledonia Ford as a car transport driver.

Richard enjoyed woodworking and made many people happy with his craftsmanship.  He loved to travel and had journeyed to both coasts with his wife.

He loved his family, getting together with people, playing cards, and especially cribbage. He also loved watching the Minnesota Twins and was often frustrated by the Vikings. We will miss his gracious and thankful attitude.

Richard is survived by his wife of 63 years, Muriel; a son, Daniel (Sharon) Loomis, of Colgate, Wis., a daughter-in-law, Cathy Loomis of Onalaska, Wis.; three grandchildren: Gage Loomis, Nicole Loomis, and Melissa “Misty” Loomis; and many nieces and nephews.

A Mass of Christian Burial will be at 11 a.m. on Saturday, August 28, at St. Mary’s Catholic Church, Caledonia, Minn. Fr. Matt Wagner and Fr. Tom Jennings will officiate and burial will be in Calvary Cemetery, Caledonia, Minn. There will be a rosary at 9:30 a.m. and visitation from 10-11 a.m. Saturday before the service at the church. McCormick Funeral Home, Caledonia, is assisting the family.  Online condolences may be given at mccormickfuneralhome.net.