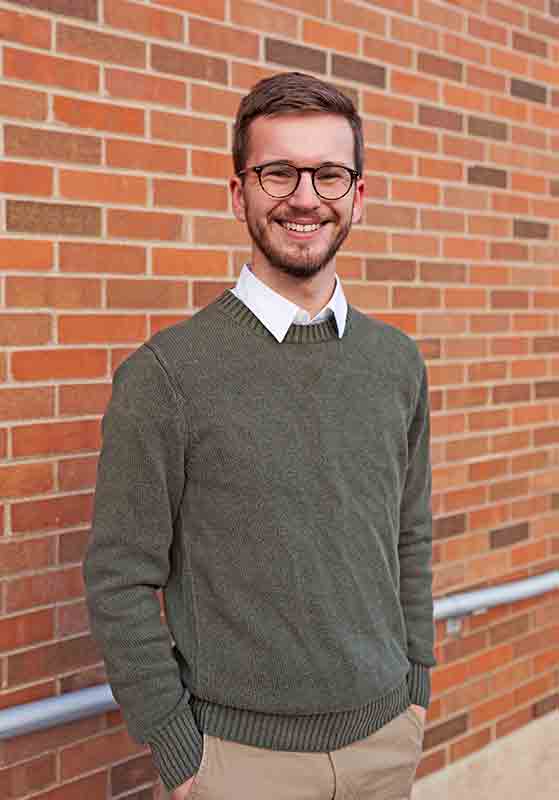 Matt Myszewski was recently hired as a social studies teacher for seventh and eighth grade students at Rushford-Peterson. While he’s a new teacher at R-P, he’s a familiar face to most of the staff and students. Mr. Myszewski completed his student teaching in Mr. Aug’s room at R-P in 2020.

Matt is originally from Milwaukee, Wis. He moved to this area to work on his bachelor’s degree in secondary social studies education at Winona State University, graduating in 2020.

Mr. Myszewski chose a career in education for two reasons — he loves social studies and he wants to be a teacher who makes a difference in his students’ lives. In high school, Matt had a government and history teacher, Mr. Comiskey, who was the kind of teacher he wanted to be. According to Matt, Mr. Comiskey was a fantastic teacher in both his class content and life. He pushed Matt to reach his full potential and taught him a multitude of lessons both in and out of the classroom. The inspiration of Mr. Comiskey moved Matt to choose a career in the education field as well.

In his free time, Matt loves to both watch and play soccer. Other interests include rock climbing, cooking, and watching documentaries. He shares his home with his beautiful wife Kelsa, and his Heeler-Lab mix named Honey.

Mr. Myszewski has as his goals for the year that each student learns how to become a “good, active citizen in this country,” and for each student to see “the value of studying the history and geography of the world.”

Matt enthused, “I just want to thank the R-P community for being so welcoming and inviting me to teach here.” He noted that while he was still in college, his dream job was to come back to R-P as a staff member. He went on, “I am so excited to be back in a place I love at this capacity!”

The R-P staff and community are happy to welcome Mr. Myszewski back to R-P!