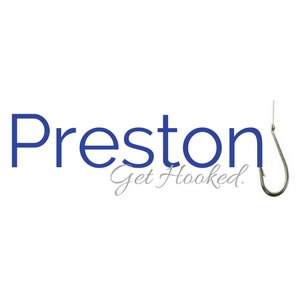 Johnston has requested the rezoning of 1.5 acres (three parcels) of his property from R-2 (One and Two Family Residential) to R-1 (Agriculture/Residential). The reason for the rezoning is to construct a ground mounted solar system.

Johnston also applied for a conditional use permit to construct a ground mounted solar system that is larger than 5kW. City code only allows for systems up to 5kW without a CUP.

Councilman Dean Aug was the one yes vote at the Planning and Zoning meeting. He said Johnston made a compelling argument for the rezoning and larger solar system at that meeting.

John DeVries, co-chair of the Housing Committee, said Johnston’s plan provides no public benefit. He pleaded with the council to consider both the Planning and Zoning and EDA discussions. He urged them to reject the requests. DeVries said he would like to see a mix of housing on the site; he called it a valuable residential asset. He added it was irresponsible to approve the requests without addressing drainage issues.

Kerry Soiney, an adjacent landowner, said the application was vague and incomplete. Why should the city council ignore Planning and Zoning input? The requests should be denied.

Andy Bunge, developer, said he gets inquiries about available property for housing. The increased value of the parcels when developed with homes will be substantial. He asked, what will be the tax benefit to the city with a solar field compared to a residential development? He encouraged the council to consider that which will most benefit taxpayers.

A motion was made to rezone the property to R-1. It passed unanimously. A discussion about conditions necessary for a CUP ensued. A motion to approve the conditional use permit with conditions was approved with a unanimous vote. Ordinance 285 regulates the development of solar energy systems in Preston. It sets conditions for height, location, setbacks, and feeder lines. This system must conform to all of that ordinance. A system larger than 5kW may be allowed as a conditional use in an R-1 district. The council added 2 more conditions on this CUP: the requirement of an 8-foot-high chain linked fence around the solar field and 6-foot-high evergreens staggered in 2 rows to provide a screen on the west side.

Formal resolutions for the rezoning and CUP will be added to the January 3 consent agenda.

City Administrator Joe Hoffman reported there were no injuries to his knowledge. Mayor Kurt Reicks said the power was already out when the Sheriff’s Office received the tornado warning. Most citizens were warned when the alarm sounded on their cell phones. Hoffman credited the storm prediction center for predicting a historic storm, which got his attention. The storm reached Preston at 7:50 pm and cleared Preston at 8:00 pm. Public utility crews were called in immediately. The south half of Preston was energized at 8:40 p.m. By 8:57 p.m. the north half of the city was energized. The south feeder along Cottage Grove Ave. was damaged and taken out of service for repairs for about one-half hour. Several blocks near the pool were out of service briefly to clear a tree from the lines. Only four customers remained out of power until Thursday, requiring the service of an electrician.

Many trees were down in parks and on the boulevards. There was damage to the electric system. Shingles were blown off the fire hall roof. There is potential for a FEMA declaration. An insurance claim has been submitted to the League of Minnesota Cities Insurance Trust. Hoffman thanked the Preston Fire Department for their help the night of the storm.

•Fire chief Ramon Hernandez requested approval to purchase a compressor for Fire Department Air Packs. He explained he hasn’t been able to secure a grant for this purchase. Each time the 4 large tanks (6000 PSI) need to be filled it costs $1,150. They need to be filled 2-3 times per year.  He had 2 quotes for the purchase of the compressor, costing $20,000 to $23,000. He wanted to order the compressor in 2021 as he expects the cost to increase 10 percent if ordered after the new year. A motion was made to approve the compressor purchase with help from the townships involved.

•Lower costs for health insurance, refinanced bonds, and the transfer out of operating funds for the National Trout Center allowed the city to have savings in the amount of $64,863 over the first draft of the budget. At the end of 2022 the city Fire Fund will be about $75,000 short of funds needed for the new pumper truck. After some discussion it was decided to keep the savings to put toward the pumper.

•A proposal from Dwight Luhmann to serve as city attorney was approved. His rate for 2022 is an increase of 3 percent or $600.

•The Fillmore County Journal was approved as the official newspaper. The rate for 2022 is an increase of about 5 percent.

•The Preston Emergency Services Building was certified as the polling place for 2022.

•The Ambulance Billing contract with Expert Billing was approved.

•The next meeting of the city council will be on January 3.