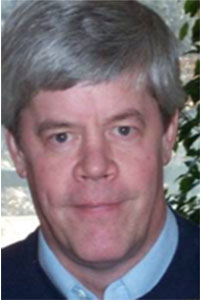 Phillip Don Johnson of Lindström, Minn., aged 68, passed away after a brief illness on October 8, 2020.  Diagnosed with a virulent form of cancer, he was cared for in his final days by his brother Paul Johnson and sister-in-law Sueanna (Schwanbeck) Johnson at their home in rural La Crescent, Minn.  They were joined in this loving endeavor by Phil’s eldest brother Michael Johnson and sister Eleanor Johnson.

Phil was born September 12, 1952, in Rochester, Minn., the youngest child of Donald Wesley Johnson and Claribel (Phillips) Johnson and raised in Mabel, Minn.  Many members of their extended family lived nearby, so there were plenty of cousins to grow up with.  He enjoyed playing sports, including baseball and golf, and as a Boy Scout one year attended the annual jamboree at the Philmont Scout Ranch in New Mexico.  Fishing, hiking, cycling, vacationing with his family in northern Minnesota on Lake Darling, paddling in the Boundary Waters Canoe Area Wilderness, reading science fiction, watching the Twins and the Vikings on TV, attending the Methodist church—these were the activities that defined his childhood and youth.

A 1970 graduate of Mabel-Canton High School, Phil went on to earn a Bachelor’s in Geology from Winona State University in 1975.  After a brief stint in the Peace Corps in Samoa, he moved to Tyler, Tex., to work for Core Laboratories analyzing core samples drilled in the west Texas oil patch.  After the energy boom crashed in the 1980s, Phil earned an Associate’s in Information Technology at Brown Institute in Minneapolis and then worked in that field for the rest of his career.  He was employed by a number of firms in the Twin Cities metro area, including the Hazelden Betty Ford Foundation, and most recently served as a subcontractor for Cargill.

Phil had a penchant for adventure, traveling throughout the country and the wider world.  He went deep sea fishing in Costa Rica with his brother Michael, and solo toured the UK and Europe, even finding contract work at a NATO base in Sicily for a summer.  Once he spent a three-day weekend in Iceland via a last-minute bargain charter, long before it became a trendy off-beat destination for tourists.  Phil nearly completed checking off his bucket list the playing of a round of golf in each of the 50 states, although he did drive, chip, and putt on links in both Alaska and Hawaii.

Phil minored in Mathematics at Winona State in the early 1970s and his predilection was to logic, problem-solving, puzzles, and numerical pattern recognition.  He was, not surprisingly, skilled at a variety of games, from Scrabble to Bridge to Chess and Settlers of Catan.  Being a computer technician who found virtual worlds entertaining, Phil also excelled in playing video console and online multi-user games.  Phil’s gaming prowess spared no one — family, friend, or foe.  In his will he left a modest sum to his friend Larry Kennedy to play some high-stakes bingo — and win! — in his memory.

As a life-long bachelor, Phil had no children of his own, but he leaves behind a grieving extended family who cherish his memory.  He is survived by his brothers Michael P. Johnson of Lincoln, Nebr., and Paul T. Johnson (Sueanna); his sister Eleanor S. Johnson (Michael Doyle) of Winona, Minn.; his nephew and nieces Ted Johnson (Sarah, son Kaine) of La Crescent, Anna Snyder (Nate, children Evan, Gracie, and Henry) of Grand Canyon, Ariz., Jessie Rose Pierick (Chris, daughter Olivia) of Boulder, Colo., and Gwendolyn Herbert (Benjamin) of Denver, Colo.

By his own wishes, Phil’s remains were cremated and his ashes interred in the Johnson family plot at the Newburg (Minn.) Cemetery.  The Reverend Pamela Seebach, pastor of the Mabel-Newburg United Methodist Parish, officiated at a memorial service that took place on October 16, 2020; its attendance was limited to a small group of mostly family members due to COVID-19 protocols.  Alumni of the Mabel-Canton Class of 1970 touchingly adorned Phil’s final resting place with a floral mourning wreath.

Arrangements have been handled by McCormick Funeral Home in Caledonia, Minn., which maintains a webpage for posting memories and condolences in Phil’s honor.  In lieu of flowers, memorials can be sent to the Department of Geoscience Alumni Scholarship Fund c/o, Winona State University Foundation, 175 W. Mark St., Somsen Hall 204, Winona, Minn. 55987; www.winona.edu/foundation/.