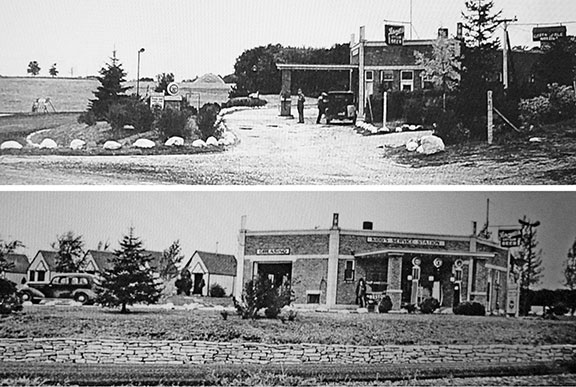 Part two of a series

Dancing and dance bands provided both some physical and mental relief throughout some of the toughest, times of the 20th century. From 1929 to 1941 was the economic travail of the Great Depression, followed by The United States fighting in World War II (1941-1945).

A Caledonia weekly newspaper published advertisements for 30 public dances during 1938 and 34 dances during 1939. All 64 ads touted dances in Caledonia except for five in Freeburg. Some venues had regular dance nights. An August 1937 Spring Grove newspaper advertised a dance at Caledonia’s Union Hall every Thursday night with music by Peavey and His Orchestra.

Every holiday provided an opportunity for a dance at that Caledonia ballroom. In 1939, there were dances to celebrate New Year’s Eve, Easter, Flag Day, Halloween, Thanksgiving and Christmas along with an Armistice Day Dance in 1938. Maybe dancing was discouraged during Lent. Union Hall invited patrons to a 1938 “Last Dance before Lent,” the same year Freeburg Hall hosted a Washington’s Birthday Ball, and the 44 Nite Club (a mile west of Caledonia) had a St. Patrick’s Dance.

There was a June 1838 Election Dance at Union Hall, where one could “enjoy the dance and watch the election results as they are flashed on our bulletin board.” It went well enough that another Election Dance was held in November of that year. There was also the Caledonia High School Homecoming Dances plus three nights of dancing during the county fair.

A dance hall was a business for the owner, including rentals for private parties. But it might also host community and charity fund raisers. In the late 1930s, Union Hall was the site for benefit dances for the American Legion (Hospital Benefit Dance), Caledonia Business Women’s Club, Caledonia Baseball, Skating Rink, Catholic Aid Society, American Legion Auxiliary and the Caledonia Fire Department.

Caledonia was one of over 4,000 communities to participate in the first of what became an annual national benefit dance – the Roosevelt Birthday Ball. President Franklin Roosevelt, having himself contracted polio (infantile paralysis) at age 39, dedicated his time and money to support a therapeutic center at Warm Springs, Ga., where he had received treatment. Every town in the nation was invited to celebrate the president’s birthday (January 30) with a benefit ball, the first of which was held in 1934 and continued until the president’s death in 1945.

To help polio victims all over the nation, a national foundation emerged, better known as the “March of Dimes.” A cure for the dreaded disease came in 1955 with Jonas Salk’s polio vaccine.

Some dance floors were closely associated with existing restaurants, such as the 44 Nite Club near Caledonia and Green Gables in Fountain. The Blue Moon in Eitzen was built by a local tavern owner. Other dance floors were part of community buildings that also featured movies, stage plays and traveling entertainers – such as the Opera House in Spring Grove. Several dance floors also served as roller skating rinks like Spring Grove’s Green Lantern and the Blue Moon.

And there was the possibility of serendipity. Between Hokah and Houston, an upstairs restaurant and bar at Valley High Golf Course became a dancing site by happenstance. Current nonagenarian Roger Johnson of Money Creek recalled an evening when his cousins, visiting from Oregon, asked Roger and his older brother Lyndon to take their instruments along to the restaurant, so the family could dance as well as dine. Roger with guitar and Lyndon with accordion were such a hit that the owner asked them to come back the next weekend. For a few years in the late 1960s, it turned out to be a regular weekend occurrence with the brothers playing and the patrons dancing from 8 p.m. to 1 a.m. The Johnson brothers were each paid $15 plus dinner.