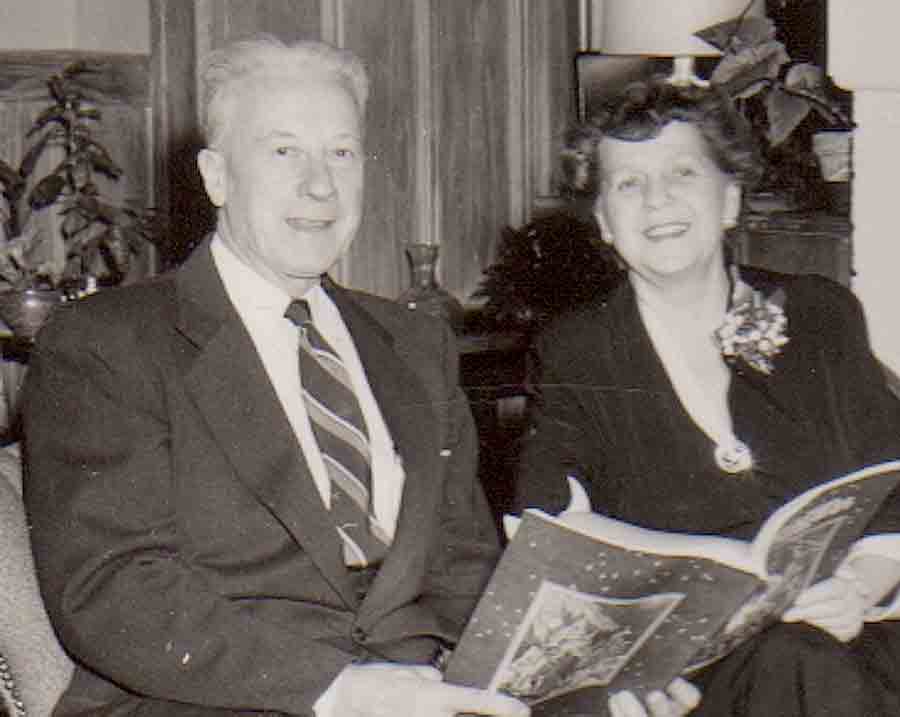 Surely, no town so small was provided with such a competent glimpse into the future of technology as was Spring Grove in 1928. Traveling all the way from his home in New York City, a research engineer was invited to deliver a lecture at the University of Minnesota in Minneapolis. But Alfred L. Johnsrud stopped on the way to lecture first in the school auditorium at Spring Grove, Minn.

How did a town with the population of approximately 800 merit such an opportunity? Johnsrud, who for a number of years had been researching the technology for television for the Bell Telephone Company, was not only an electrical engineering graduate from the University of Minnesota but was also a valedictorian at Spring Grove High School. Born in Wilmington Township in 1891, the son of Lars and Margit (Ellestad) Johnsrud took the opportunity to visit family and friends in the Spring Grove area while enroute to Minneapolis.

According to the local newspaper, “His field of special interest is “Television” and in collaboration with a group of other experts, he has been conducting extensive laboratory experiments in an effort to further the development of this fascinating field of science during the past eighteen months.

“He supplemented his lecture with lantern slides and motion pictures to give his audience an impression of the manner in which this phenomenon may be accomplished and traced the historical development of the various phases of this science. That this science is beyond the stage of mere theorization, was evidenced by Mr. Johnsrud, who showed his audience commendable reproductions of pictures which had been seen a distance of several hundred miles.”

The newspaper account read, “Mr. Johnsrud defined “Television” as “the science of far seeing,” where the person to be seen would stand in front of a “highly sensitive and revolving “electrical eye,” which breaks up the features of the person or object into 25,000 or more elements which are transferred one after another over the wires at great speed. At the receiving end, technological devices receive and reproduce the many elements and thus make possible the visibility of things many miles away.”

Although Johnsrud’s years of collaborative research, beginning in the 1920s, would eventually lead to what would between the 1930s and 1950s, become known as television or TV, the term “television” referred to something a little different during that lecture in 1928. Remember, Johnsrud worked for Bell Telephone, where “it is hoped that it will become possible not only to hear the party over the telephone but to see the party at same time.” That described a “television” to accompany a telephone. But the technology would soon expand to revolutionize the world of entertainment and information, which had been previously dominated by radio.

The lecture was necessarily technical, but the newspaper noted there was much interest among the citizens of Spring Grove.

Technology expanded quickly. Only eight years previous (1920), the first known radio news program had been broadcast along with the nation’s first commercial radio broadcast, concerning the presidential election. In the same year that Johnsrud lectured in Spring Grove, 1928, the Federal Radio Commission licensed the first television station. The big boost came at the 1939-1940 New York World’s Fair where David Sarnoff, president of RCA, introduced television to the masses. The opening ceremony, including President Franklin D. Roosevelt’s speech, was not only aired on radio but was also televised on black and white sets to approximately 1,000 viewers in the New York metropolitan area. NBC announced its regular schedule of programs for New York City. There were television demonstrations in the General Electric and Westinghouse pavilions along with the RCA pavilion, where fairgoers could see themselves on television. As part of this formal introduction, televisions became available for purchase by the public in stores throughout metropolitan New York City.

No one person invented television. Many scientists collaborated or worked alone. But one engineer from Spring Grove was among those pioneers.

Thanks to Don Ellestad for submitting the newspaper article about Alfred Johnsrud.