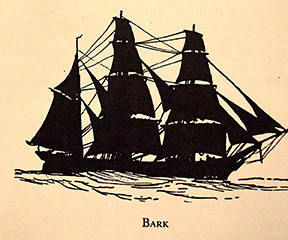 Before becoming a Houston County resident in Black Hammer, Gunhild Tiegen – after 16 years of marriage – had become a widow in Norway in 1860 with no money, no land, few skills and six children, ages 13 to 1. Before farming his own land near Riceford, Ole Gunderson Treangen had been a Norwegian tenant farmer and son of a tenant farmer, who saw a bleak future of living in a tenant cottage while always working for someone else on someone else’s land.

Before his life in Badger Valley, Siguard Vaeting (Vathing) had inherited both his father’s farm and the accompanying debt from unfortunate loans. After five years, he sold the farm to pay the debts and would take his family across an ocean.

Smallpox vaccinations and the introduction of the potato in the late 1700s meant more Norwegian babies survived infancy, better nutrition and increased population. But with land acquisition merely a dream for most and the crop failures in the mid-1800s, many Norwegian farmers decided to emigrate, leaving behind family, friends and possessions. It was a major risk with no guarantees, but American farmland was said to be plentiful, fertile and affordable at $1.25 to $5.00 per acre (about $38 to $150 in 2020 value).

Shipowners eagerly provided passage. Some were said to not only advertise in newspapers but also send agents to remote areas to recruit emigrant passengers.

In 1849, the repeal of the Navigation Acts by the British Parliament allowed ships from other nations access to ports in the English Colonies in North America. Thus, the timber trade made Canada a prominent destination for Norwegian shipmasters. A ship could transport emigrants to the city of Quebec in the summer and then bring back timber to England before taking other miscellaneous cargo back to Norway or Baltic seaports to spend the winter. By the next summer, there would be another shipload of emigrants crossing the Atlantic. This timber and passenger trade kept shipping employment and profits high for most of the year.

Norwegian shipmasters took quick advantage of the 1849 opportunity. By 1850, Norway had more ships arriving in Quebec than any foreign nation.

Gunhild Tiegen and her six children sailed from Drammen, Norway to Quebec in 1861. But by the time Ole Gunderson (later Treangen) and his family docked in Quebec in June of 1867 and Siguard and wife Gro Vathing sailed for Canada in 1868, an even greater transformation of transportation was underway.

Steamship lines with many ships offered quicker crossings with regular schedules of departure and arrival. And meals during passage were provided as part of the fare. Norwegian shipowners were not able to compete. From 1870 to 1910, most Norwegians emigrated on foreign steamships.

Probably never to see some loved ones and their homeland again, the emigrants of the early sailing vessel era had to prepare for a long and unpredictable voyage. A farm owner had to sell (mostly by auction) his farm, stock and implements. The emigrants had to be debt free and pre-pay their fare. Extra freight was very expensive, so decisions had to be made on what to leave behind and what to pack in their emigrant chests. They had to equip themselves for an eight- to 10-week voyage, including non-perishable food, cooking utensils and bedding.

They boarded sailing vessels that were originally designed for cargo and were lodged in the cargo hold, rebuilt for people. They were wooden ships; the one most often used for emigrants was called a barkentine. A bark was about 120 feet long and 25 feet high at the beam with three-masts and square sails.